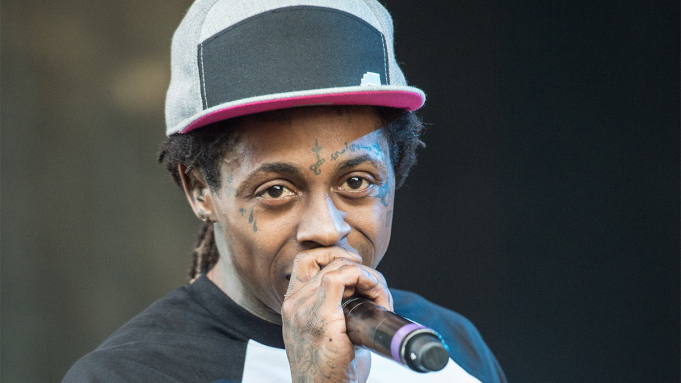 Lil Wayne is opening up about his own past mental health struggles in the hopes that he can help others.

The 38-year-old rapper, who was a guest on the internet series Uncomfortable Conversations With Emmanuel Acho, revealed he realized he was dealing with mental health issues around the age of 10.

The GRAMMY winner said it tended to stem from “when I was told that I couldn’t have what I wanted, what I dream of, what I desired, and that was to rap. I was willing to die for it.”

Wayne, whose real name is Dwayne Michael Carter Jr., said he started having suicidal thoughts that he eventually acted on at the age of 12.

“Up until this point your fans have been led to believe that the scar from your chest was because you were playing with a gun,” Acho said before Wayne told his story.

The rapper recalled lying to his mom, Jacida Carter, about his school schedule to stay out longer unsupervised. When his mother found out, his aunt called, told him he was in trouble and that he would no longer be allowed to rap.

Prior to his suicide attempt, Wayne said he called the police to give them a heads up, adding that he knew where his mom kept her gun. “[I] aimed for my heart,” Wayne said. “How I knew I had mental health problems was I pulled the trigger.”

The police came and Wayne said he was saved thanks to one officer.

The rapper thinks that a lack of openness in his family led to his suicide attempt. “So when you have no one to vent to, no one to get this out to, you can’t bring it to your friends at school. You’re still trying to be cool to them,” he explained.

Wayne said the experience caused his single mom to change how she parented him. Before that point, she’d been serving as a mother and a father with an emphasis on discipline.

“The mom that I knew before that day, on my life and everyone’s life, I have never met or seen or heard that lady again in my life,” he shared. “So I didn’t die that day, but somebody was gone.”

He concluded the interview by telling fans, “What I wish they knew is that it’s real and there is no bar to measure how real.”