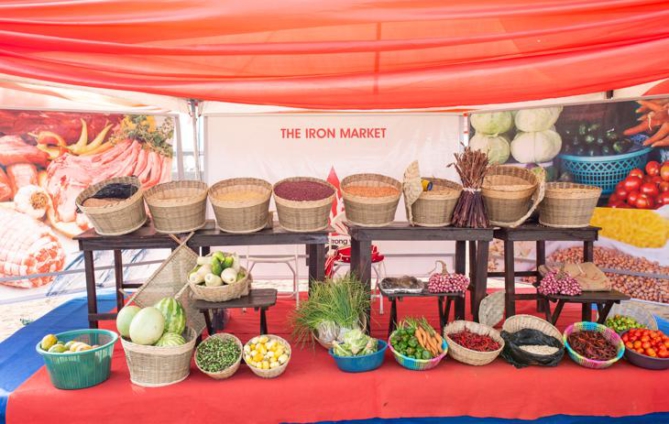 September was ‘Iron deficiency month’ for the ‘Live Strong with Iron’ campaign as stakeholders of the drive used popular radio platforms in Accra, Kumasi and Takoradi to educate the populace on the prevalence of iron deficiency, the simple solutions and real-life stories of people suffering from the condition.

As the month-long discussion came to an end; the team recapped what was discussed in the past few weeks. There were several scenarios employed to drive the message home.

There was the case of pregnant women and her mother-in-law who was insistent on her boosting her iron level by eating iron-rich foods; the little boy Kojo, whose mother was worried he was not growing well; and the teenage girl Ama, who because of her desire to be a celebrity was cutting down her food intake to fit into the celebrity lifestyle.

The campaign afforded listeners the opportunity to phone-in with their boggling questions on iron deficiency for the panellists to help address.

Issues regarding iron overload, telling when a baby’s iron level is low, the effects of iron deficiency as well as how the campaign message be disseminated into the rural areas.

For pregnant women, eating iron-rich foods and iron-fortified foods is essential as it helps the body produce more blood.

This is a big deal moms-to-be because they need extra blood during the course of the pregnancy for themselves and their growing baby. Adequate iron also reduces frequent tiredness during pregnancy.

Reiterating iron for babies, they summed it up that breastfeeding is very important for their development.

After the first six months of exclusive breast feeding when mothers start weaning, they must ensure they include iron rich foods and fortified foods to safeguard the child’s proper growth and development. They must also continue to breastfeed up to two years and as long as possible after introducing complementary foods.

In teenagers, iron needs are increased to fuel their physical growth and development. In particular, it is a critical nutritional period for teenage girls because they need higher iron levels to replace the blood lost during menstruation. Without this, they can develop iron deficiency anaemia

The panelists stressed that Iron deficiency is a serious public health issue. It’s a common nutritional condition; 4 out of 10 women of childbearing age and 6 out 10 children below 5yrs suffer from iron deficiency.

Among the strategies to prevent and treat iron deficiency anaemia is promoting proper nutrition lifestyle; eating iron rich foods and fortified foods which are readily available and affordable such as green leafy vegetables, agushie, nuts, beans, red meat, chicken and fish among others.

Also iron-fortified packaged foods like cereals, milk powders, drinks, and spices among others. In addition, taking Vitamin C fruits such as oranges right after meals, helps our bodies to absorb more iron from the foods.

Delightfully the panellists signed out on the show as they emphasised that for all those at risk of iron deficiency, diet is critical, therefore, the food they eat must provide enough iron which is sufficient for the body to satisfy it needs during this special period of their life.

The campaign by Nestle encouraged all Ghanaians to take action by eating foods rich in iron to live strong with iron.