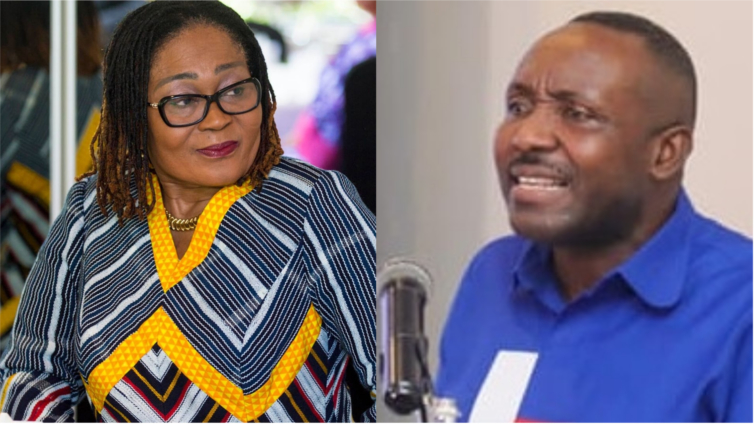 The General Secretary of the governing New Patriotic Party (NPP) has asked the former First Lady, Lordina Mahama to refund all allowances paid to her between January 2009 and June 2021.

John Boadu’s challenge comes after the First Lady, Rebecca Akufo-Addo decided to refund all monies paid to her as allowances from January 2017 to date, amounting to ¢899,097.84.

In an interview on TV Africa on Tuesday, Mr Boadu charged the wife of former President John Dramani Mahama to emulate the gesture.

According to him, Mrs Mahama has equally been receiving some allowances from the state since 2009 to date.

“Let me say this emphatically, former President Mahama’s wife, Lordina Mahama, must, as a matter of urgency, refund all monies paid to her since January 2017 till now.

“Those she received as far back as 2009 should also be refunded. The monies she has received from that time till now would amount to GHC3.2 million,” Mr Boadu stated.

According to him, the Ntiamoa-Baidu Committee recommended that allowances paid to the spouses of Presidents and Vice Presidents, whether past, present, or in the future must be regularised.

He said the misinformation has caused spiteful attacks against the spouses of the incumbent President and Vice President.

In the last few days, public discussion on whether or not spouses of the President and Vice President should be paid salaries has intensified.

This was after the government indicated that Parliament has approved the report of the Emoluments Committee.

Already, two suits have been filed seeking to halt the payments.

In the quest to halt the ongoing pandemonium, Mrs Akufo-Addo has declined the offer for her to be paid allowances.

The First Lady described some of the reactions as distasteful and seeking to portray her as “a venal, self-serving and self-centred woman” who is insensitive to the plight of Ghanaians.

According to a statement signed by the Director of Communications at the Office of the First Lady, Mrs Akufo-Addo indicated that her decision to refuse the offer is a personal one “without prejudice to the rights of others and does not undermine the propriety of the process undertaken by Parliament.”

Following suit, the wife of the Vice President, Samira Bawumia says she will refund all allowances paid to her since the inception of the Akufo-Addo-led administration.

She is expected to refund a total of ¢887,482 to the state following this decision.