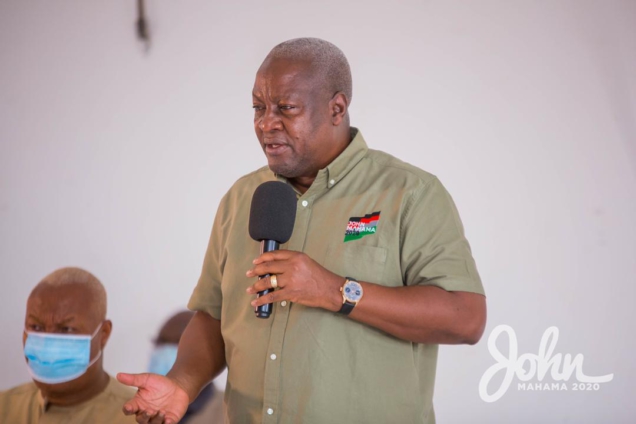 The NDC’s John Dramani Mahama will begin a campaign tour of his running mate’s home region, the Central Region Wednesday.

Mr. Mahama who is arriving in the region shortly after Professor Naana Jane Opoku-Agyemang’s visit to the region, will pay courtesy calls and interact with traditional authorities, religious leaders, stakeholder groupings including fishermen, fishmongers, canoe owners, small scale miners among others.

Former President Mahama will also visit the family of the late MP for Mfantseman, Ekow Quansah Hayford, before sitting down with some farmers, hairdressers, and dressmakers.

During his discussions, he will focus on job creation, his plan to roll out a Free Primary Health Care Plan to the level of district hospitals as well as plans to provide opportunities and employable skills for the youth through a state-sponsored National Apprenticeship Programme and free Technical and Vocational Education and Training (T-VET).