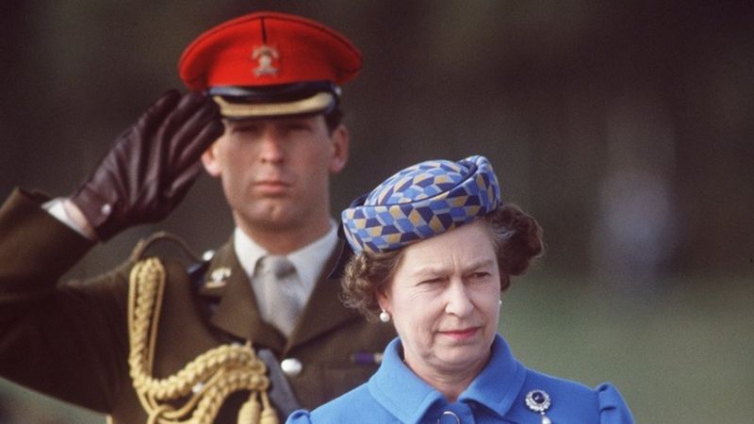 Major Lindsay was the Queen's equerry

The widow of a major killed by an avalanche while skiing with Prince Charles says she was “very upset” over the tragedy’s inclusion in The Crown.

Sarah Horsley told The Sunday Telegraph she asked Netflix not to dramatise the 1988 disaster at Klosters, Switzerland.

Major Hugh Lindsay was a friend of the Prince’s and a former Queen’s equerry.

Mrs Horsley said: “I was horrified when I was told [the episode] was happening and was very concerned about the impact on my daughter.”

She continued: “I’m very upset by it and I’m dreading people seeing it.

“I wrote to them asking them not to do it, not to use the accident.

“I suppose members of the Royal family have to grin and bear it, but for me it’s a very private tragedy.”

Netflix said it would not be commenting on the story.

Mrs Horsley said the producers replied with “a very kind letter”, saying “that they understood my concerns but they hope I will feel that they deal with difficult subject matters with integrity and great sensitivity”.

But she told the newspaper: “I think it’s very unkind to many members of the family.”

The accident features in episode nine – titled Avalanche – of the fourth series of The Crown, which is currently streaming on Netflix.

It features long-distance footage of an avalanche – no close-ups of any of the characters involved are depicted and Major Lindsay does not appear at all.

But there is a voiceover featuring real audio reporting the accident at the time.

The focus is largely on the aftermath – the coffin is seen returning from Switzerland and the funeral is also shown.

The Major’s widow is played by Alanna Ramsey.

Prince Charles is also seen having flashbacks of the accident and later tells Camilla Parker Bowles, who is now the Duchess of Cornwall: “I was sure I was going to die.”

Other real-life tragedies featured in The Crown include the Aberfan disaster and the death of Lord Mountbatten, whose boat was bombed by the IRA.