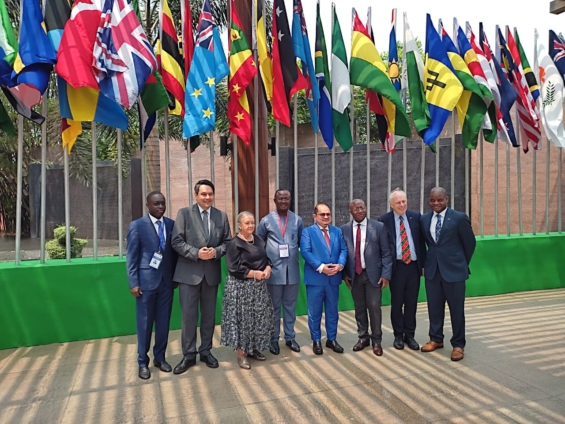 The Majority Leader Osei Kyei-Mensah-Bonsu is in India chairing the Program planning committee of the Commonwealth Parliamentary Association.

Osei Kyei-Mensah-Bonsu is currently the Vice Chairman of the Commonwealth Parliamentary Association.

The aims of the CPA are to promote knowledge and understanding about parliamentary democracy, especially good governance, transparency and accountability and respect for the rule of law, and individual rights and freedoms, irrespective of gender, race, religion, or culture.

The Majority Leader currently holds the joint record as the longest-serving member of Parliament in the 4th Republican history.

He holds this with the current Speaker of Parliament Alban Bagbin who have both served 7 consecutive terms in the House.

Speaking to JoyNews, Osei Kyei-Mensah-Bonsu, who is also the Minister for Parliamentary Affairs explained that the committee will be preparing the program for this year’s Commonwealth Parliamentary Conference to be hosted in Canada.

Ghana will host the conference next year in August, in Accra.

While in India the Majority Leader will appear as a Special Guest personality for the Indian subcontinent Conference before leaving for Delhi to meet his counterpart, India’s Minister for Parliamentary Affairs.

The Majority Leader is in the company of First Deputy Speaker Joseph Osei-Owusu, representing the Speaker and NDC MP Bernard Ahiafor.