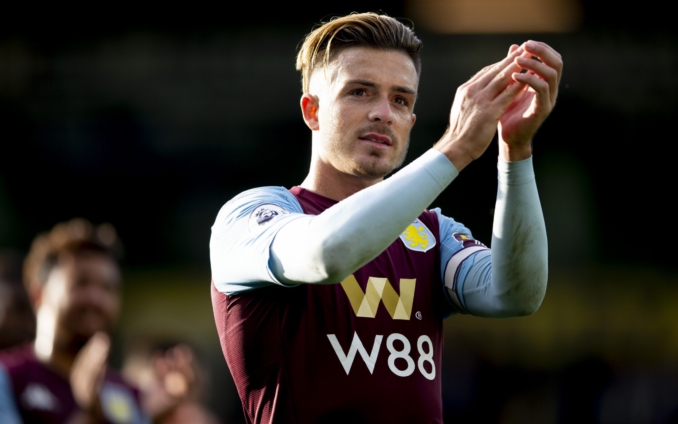 The 25-year-old joins the Premier League champions on a six-year contract and will wear the number 10 shirt recently vacated by Sergio Aguero.

“City are the best team in the country with a manager considered to be the best in the world,” said Grealish.

“It’s a dream come true to be part of this club.”

The England international could make his debut for Pep Guardiola’s side in Saturday’s Community Shield against Leicester at Wembley.

Grealish said: “It was obviously a difficult few months because I have been an Aston Villa fan for my whole life, but when I spoke to the manager here and you see what type of players they have got here, in the end it was something I couldn’t say no to.

“There are obviously a lot of reasons why I decided to come here. The manager has been a massive factor; playing under the best manager in the world was something I couldn’t really turn down. Obviously the players that we have got here, I think everyone knows how much I admire Kevin [De Bruyne].

“But competing for major trophies is something that I wanted to do. It was something I couldn’t turn down.”

City director of football Txiki Begiristain added: “Jack’s development over the past few seasons both for club and country has been plain for everybody to see.

“His natural talent together with his commitment to improve as a player, has seen him become one of the most exciting attacking players in world football today.”