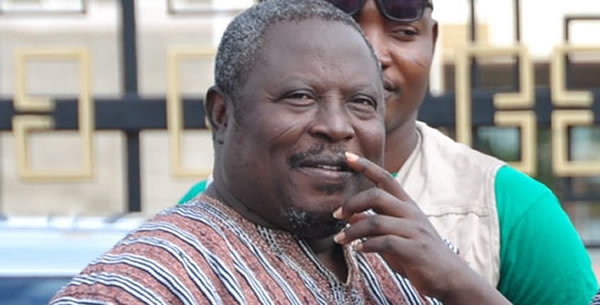 Shunned by his own party, former Attorney-General Martin ABK Amidu may be contemplating forming his own political party to wrestle power from the NDC government.

Martin Amidu revealed his frustrations with the National Democratic Congress (NDC), pointing out that it appears to have abandoned its core values of accountability and transparency.

“One solution I may have to think about should the NDC Government and party continue on their unconstitutional path aided by their small boys with sharp teeth is whether I should also not Goosie Tanoh 2000 or Obed Asamoah 2004 against this dictatorship in Election 2016”. 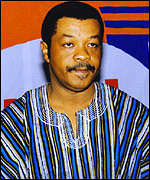 Goosie Tanoh formed the National Reformed Party in 2000 while Dr. Obed Asamoah, a former National Chairman of the NDC formed the Democratic Freedom Party (DFP) in 2006 and contested the 2008 elections.

Martin Amidu's comments were contained in a statement issued in Accra. He said he was disappointed after reading government’s White Paper on the Judgment Debt Commission report.

The former A-G is irritated that the Presidency is using the report for political propaganda ahead of the 2016 general elections.

The Supreme Court had ruled that payments made by government to these companies under the guise of judgment debt were illegal. Martin Amidu used these rulings to justify his accusation that government is unwilling to tackle political corruption within its ranks.

Since then, Martin Amidu has been hammering the Presidency for failing to retrieve the monies.

The Government White Paper on the Judgment Debt Commission, he says, once again demonstrates that government is not serious about fighting corruption.

Amidu says government is using the report to hound political opponents such as Asokwa MP, KT Hammond, who is a former deputy Energy minister under the erstwhile Kufuor administration.

“What Ghanaian sense of justice is this than protecting card bearing members of the NDC while hounding mercilessly and dealing with political opponents whose fundamental rights and freedoms are also guaranteed under the 1992 Constitution?”

“When I call this unconstitutional conduct on the part of the NDC which is now deviating from core values, (and of which I am a foundation member), I am insulted with approval from the Presidency in a democracy.”

History is against Martin Amidu should he decide to break away and form his own political party. National Reform Party's Goosie Tanoh after garnering 1.1% of the presidential votes in 2000 has since withered away in Ghana's politics.

“I left the NDC because I was not satisfied with regard to their commitment to internal party democracy. Now that there is an improvement along those lines, it is natural that I would accept an invitation to rejoin the fold,” he told Joy News in August 2011.

Dr Obed Asamoah joined forces with some party stalwarts like Frances Asiam, Bede Ziedeng and other disenchanted members to break away from the NDC after its congress in Koforidua in 2005 witnessed some violence and intimidation.

Bede Ziedeng is also back in the NDC and won the party parliamentary primaries organised last Saturday. He is now NDC parliamentary candidate for the Lawra constituency in the Upper West Region.

The highest political breakaway in the NDC currently is the National Democratic Party led by wife of the founder of the NDC, Nana Konadu Agyemang Rawlings.

The NDP was founded in October 2012 after Nana Konadu had contested and lost the NDC's Presidential primary to then President John Evans Atta Mills who died in July 2012.

Nana Konadu was however disqualified as a Presidential candidate by the Electoral Commission citing late submission of nomination forms. Nana Konadu has vowed never the return to the NDC.

Martin Amidu, Goosie Tanoh and Obed Asamoah were once Attorney-Generals and were once tipped to be Vice-Presidential candidates to NDC flagbearers. It was Martin Amidu who was picked to partner Prof. John Evans Atta Mills in the 2000 elections which the party lost to the opposition New Patriotic Party.

A top NDC official and currently a Vice-Chairman of the party, Samuel Ofosu Ampofo once said in 2011, "nobody leaves the NDC and makes any headway in politics of this country."