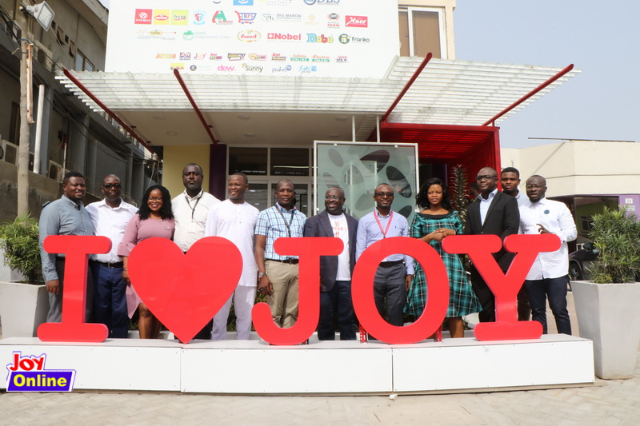 A congratulatory message, coupled with a customised cake was evidence of the good wishes to Ghana’s oldest private media enterprise, The Multimedia Group.

A special delegation from Media General who are operators of TV3, 3News, Onua FM among others, was sent on Monday to join The Multimedia Group celebrate its silver jubilee and wish them more years of media excellence and success.

Leader of the delegation, Winfred Kingsley Afful, said it was prudent for his outfit to share in the joy of Multimedia.

He said even though both entities were in competition, he believed the collaborative efforts in disseminating information helped in shaping the nation.

“Both The Multimedia Group and Media General are all shaping the media industry in Ghana, so although we are in competition we are still collaborating to support the Ghanaian media space and the Ghanaian populace,” he said.

Chief Human Resource Officer of The Multimedia Group, Nana Mbroh Elegba, expressed gratitude for the kind gesture, saying it showed the bond of friendship between the media outfits.

“We are most grateful to our partners [Media General], this shows you the kind of unity [and] the bond of friendship that exist within the media because ordinarily, you would say that we are competitors and so whatever matters to us will not matter to them but they have shown that beyond competition there is life,” Mr Elegba said.

He also noted that the year-long celebration will come with a lot of surprises so the audience should be looking forward to that.