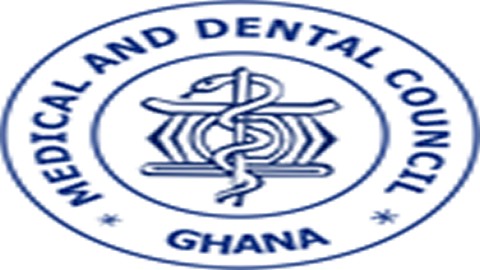 The Ghana Medical and Dental Council has said it will take it up to June next year to finalise investigations into cases of medical negligence reported to it.

These cases include one brought against owner of Obengfo Hospital, Dominic Obeng Andoh, and the death of a 24-year-old pregnant woman at the Korle Bu Polyclinic.

Registrar of the Medical and Dental Council, Dr Eli Atikpui told Joy News the issues are now before the disciplinary committee of the council and it will take a further six months before any conclusions are reached.

“Due to some delays, council has directed that all outstanding cases be completed before June next year.”

In relation to owner of Obengfo Hospital, Dominic Obeng Andoh, he said that investigations have ended but the doctor has filed an appeal at the Court of Appeal and steps are being taken for the hearing.

“The case is currently with the court of appeal. When the disciplinary committee finds you guilty, the law that operated then really gave the right to the practitioner to seek for an appeal and that is what he has done and we are in the processes of getting all the necessary papers ready for the hearing to commence.”

When asked why the doctor has not been suspended while the court prepares to hear the case, Dr Atikpui said it will be appropriate to allow a conclusive decision to be arrived at before any steps are taken.

In 2013, Joy News investigations revealed Dr Dominic Obeng Andoh, who conducts plastic surgery at his facility has not been licensed to practice as a surgeon.

Some doctors at the Korle Bu Teaching Hospital, who spoke to Joy News’ Manasseh Azuri Awuni and Seth Kwame Boateng, said that some patients came to the hospital with life-threatening complications after Dr Obeng’s surgeries.

A victim, who spoke about her ordeal, claimed she was deformed after paying GHÈ»12,000 to get excess fat out of her belly at the hospital.

Meanwhile, in the case involving the death of the 24-year-old pregnant woman at the Korle Bu Polyclinic, Dr Atikpui said investigations have been concluded and the doctor has been referred to the disciplinary committee for further actions to be taken.

“We have gone through and completed the investigative process and the practitioner has been referred to the disciplinary committee of the council.”

Abigail Boateng died at the Korle Bu Polyclinic in March this year after she complained of backache.

Her sister, Jessica Boateng accused doctors and nurses on duty at the time they reported, of being aloof, demonstrating extreme apathy and failing to attend to her sister, which resulted in her death.