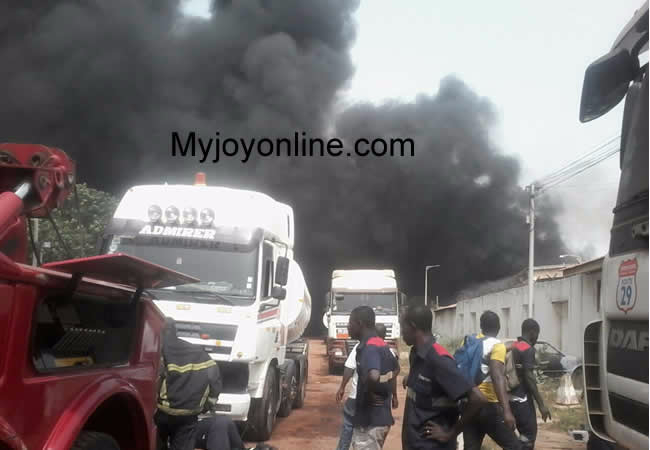 Exactly a year after the Central Medical Stores at Tema was razed by fire, a full report about the cause of the fire is yet to published.

The Health Committee of Parliament is demanding that government publishes the full report.

Hundreds of drugs and medical supplies worth over 300 million cedis were destroyed in the blaze that raged for days, exactly a year ago.

President Mahama who described the incident as a national tragedy directed a probe.

"This is again a national tragedy to have a facility like this burnt down by fire. The fire service are investigating and coming up with their report. Whatever the report says; if it was arson it was criminal, if it was by accident somebody must take some responsibility.

"We can't continue to have this kind of situation happen. I will ask the fire service to conduct their investigation quickly," the president said.

Exactly a year after the president made this promise nothing has happened in terms of investigative report.

The minority member on the Health Committee of Parliament Dr Kwabena Twum Nuamah, says "it is mindboggling that the report is still not out."

He said the Committee has enquired from the Chief Director at the Health Ministry about the availability of the report but he reported the Director as saying the report was not ready and was now in the process of being finalised.

Dr Twum Nuamah was particularly concerned about the people who were interdicted when the incident occurred.

"We do not know what has happened to them," he said.

According to him, the government has begun rebuilding the stores at the burnt area.

He wondered how anybody will proceed with such an action without the report on what caused the fire in the first place.