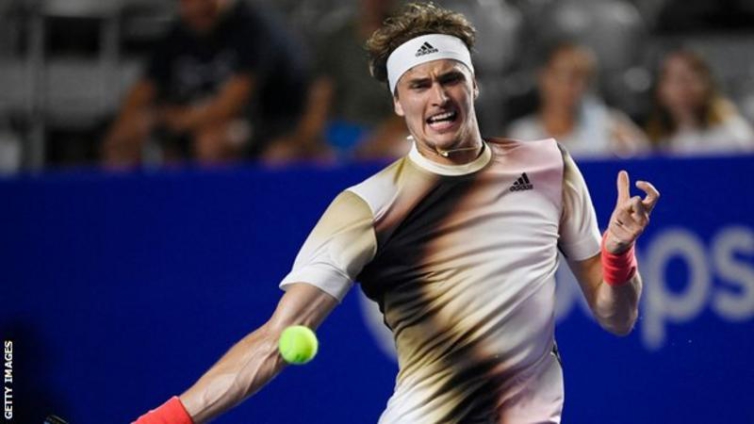 Alexander Zverev won six titles in 2021, including his first success in Acapulco

World number three Alexander Zverev defeated Jenson Brooksby in three sets at the Mexican Open in a first-round contest which set a new record for the latest finish to a tennis match.

A marathon second set was clinched by the German in one hour and 51 minutes.

The previous latest finish was 4:34am when Lleyton Hewitt beat Marcos Baghdatis at the 2008 Australian Open.

Play in Acaplulco does not begin until 6pm local time because of the heat and humidity, and all three of Monday’s Centre Court matches lasted more than three hours.

The three-hour 20-minute match between Zverev, 24, and 21-year-old American Brooksby – which did not get underway until 1:35am – fell one minute short of the longest match in Mexican Open history.

Zverev will face compatriot Peter Gojowczyk next, on Wednesday.