Minister appeals to Ghanaians to be patient with government 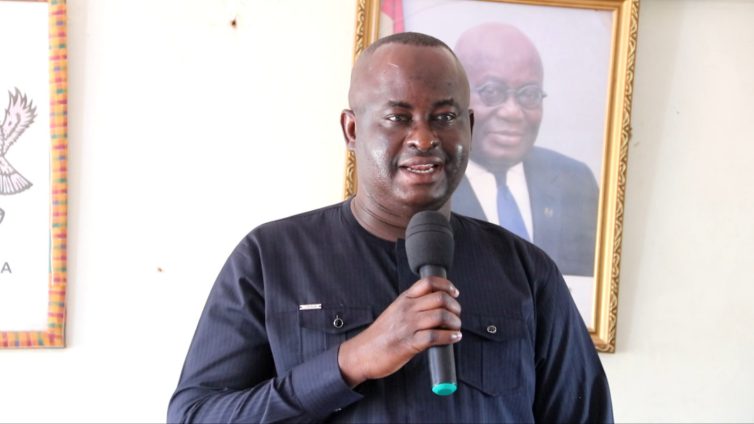 The Upper West Regional Minister, Dr Hafiz Bin Salih, has appealed to Ghanaians to be patient with the government while it puts in place appropriate measures to help address the many challenges confronting the country.

He said in the wake of the economic and other challenges that the country is confronted with, there is the need for collaboration and cooperation on the part of Ghanaians to enable the government to find appropriate solutions to address them.

Dr. Bin Salih made the appeal when he interacted with members of the Ghana Journalists Association (GJA) after the swearing-in of the newly elected GJA executives in Wa.

He said the government had initiated discussions with the authorities of the International Monetary Fund (IMF) for support to stabilise the country’s economy in the shortest possible time.

The Regional Minister allayed the fears of Ghanaians by assuring that government’s flagship programmes such as the Free Senior High School and the Planting for Food and Jobs among other social commitments would not be affected under the IMF requirements.

The government would, therefore, continue to implement the social policies that it had introduced, which had impacted positively on the lives of the people.

Dr. Bin Salih said the government was aware of the hardships that Ghanaians were going through and would not shirk its responsibilities to them but would work diligently to improve the economic conditions of the people to live better lives.

According to the Regional Minister, the government would also ensure that the right measures were put in place for Ghana to come out of the IMF Programme sooner than expected.

Dr. Bin Salih appealed to the people in the region to cooperate with the security agencies to help secure everlasting peace for the region, as there were insurgences of terrorists threats in neighbouring Burkina Faso.

He urged the people not to take the peace for granted but to be actively involved by reporting to the security agencies the activities of suspicious people promptly.