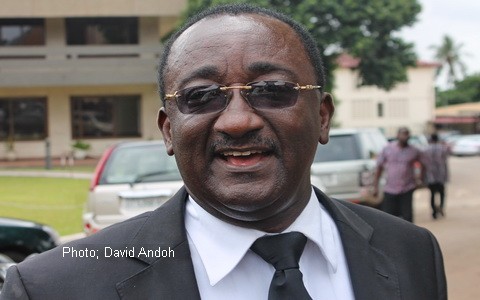 The Minority’s spokesperson on agriculture, Dr. Afriyie Akoto is blaming the Food and Agriculture Minister for the country’s inability to fully deal with the outbreak of the bird flu virus.

According to him emergency funding approved for the ministry including compensation for farmers affected by the virus is yet to be utilized.

In an interview with Joy News, Dr Akoto said the failure to release the cash has affected plans by the veterinary department to control the virus.

“The Chief of Staff ordered the Ministry of Agriculture to release 3.8 million cedis three months ago, that was not done. The Ministry came to parliament to ask for emergency funding that has been approved but we still don’t have a release of these funds.

“So up till now, veterinary officers are unable to move from their offices onto the farms to check and compensation to farmers is not in lace. Very little is known about the rate at which this disease is spreading”, he added.

So far only Volta Region and Greater Accra have recorded cases of the avian influenza.

The Food and Agriculture Ministry this week announced a ban on the transportation of poultry feed from Accra to other parts of the country in a move to stop the further spread of the bird flu.

But Dr. Akoto says the directive will bring the poultry industry onto its kneels when the season is at its peak  and broilers are being prepared for sale during the Christmas festivities.

He mentioned that for a region like the Brong Ahafo which is the hub of the poultry industry and has no single feed facility in the region, the ban of the movement of feed from Accra to such an area, by the Ministry is “using a sledge hammer to crack a nut”.