Montie 3 whisked out of Nsawam Prison 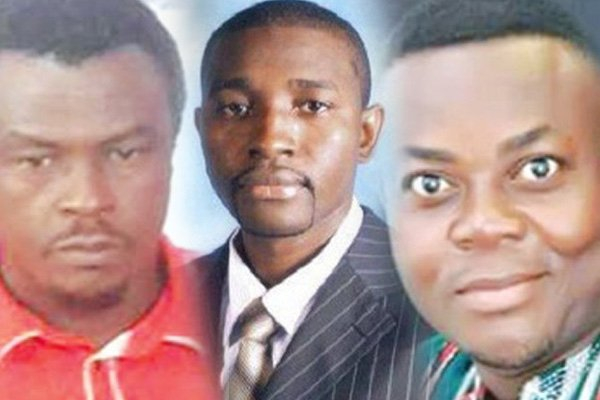 Journalist Salifu Maase and two radio panelists; Alistair Tairo Nelson and Godwin Ako Gunn who earlier Monday had their Jail terms remitted by the President are reported to have been transferred from the Nsawam Medium Security Prison.

Joy News’ sources has gathered the trio who were serving four months each for scandalizing the Supreme Court judges have been taken to an undisclosed location as part of prison protocol before their release Friday, August 26.

Attempts by Joy News’ to confirm the location of the trio who are now referred as Montie 3 have proven futile.

President John Mahama on Monday remitted the sentences of the three men who were convicted by the Supreme Court (SC) for threatening to murder and rape justices of the court.

They were handed four-month jail term and a penalty of GH¢10,000 each for their crime. The money was settled before going to the prison.

The dissatisfaction of some members within the governing National Democratic Congress (NDC) over the conviction led to a petition drive to compel the President to activate his powers in Article 72 of the Constitution.

In consultation with the Council of State, President Mahama granted remission to the three men.

By the gesture, the three have spent one out of the four-month jail term.

However, opinions regarding the President’s decision have been divided across the country.

Whereas sections of Ghanaians believe the President erred by activating his powers, some members of the NDC have lauded him for being merciful.

In a statement signed by the Director of Communications, Rauf Kadril, the Convention People’s Party (CPP) described the President’s action as “unfortunate.”

According to the CPP, President Mahama lost a classical opportunity to stamp his authority in the NDC when he bowed to pressure to pardon the trio.

But senior NDC lawyer, Nana Ato Dadzie, said President Mahama simply acted in conformity with the dictates of the Constitution.

“I want us to understand that we are talking about prerogative of mercy, these are specific powers vested in the president…he has the powers to grant mercy and they are executive powers, not discretionary powers,” he asserted.