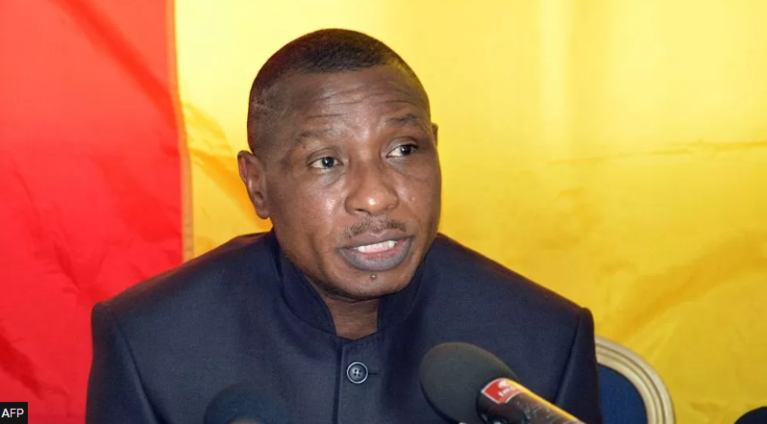 Guinea’s former military ruler Moussa Dadis Camara is going on trial over one of the country’s worst massacres.

Capt Camara returned from 12 years in exile to “clear his name which has been dragged through the mud”, his lawyer told the BBC.

More than 150 people were killed, and women and girls were raped at a 2009 protest against military rule.

“I was raped, assaulted, floored by a soldier who even asked me if he could cut off my arms,” one woman said.

“I can no longer lift my arm”, 63-year-old Anissa, not her real name, told the BBC. She is a former member of an opposition party.

“I had the shoulder blade broken, the foot split, they had to sew that up. My hips were split.”

Ten other former officials are going on trial alongside Capt Camara, who is charged with having command responsibility over the soldiers who carried out the alleged crimes.

The International Criminal Court (ICC) chief prosecutor Karim Khan welcomed the start of the trial: “On this important day I applaud the people of Guinea, the survivors and those who lost loved ones”.

“The start of this trial is only the beginning. My Office will be watching very closely. The presumption of innocence is critical,” Mr Khan said.

It has also been welcomed by the UN’s Acting High Commissioner for Human Rights, Nada Al-Nashif: “Victims and relatives have been waiting for 13 years for truth, justice and reparations. Today’s opening of this long-awaited judicial process is a crucial step for Guinea in its fight against impunity.”

The trial should be carried out in “in a victim-sensitive manner, and in accordance with international standards”, Ms Al-Nashif added.

On the day of the killings, on 28 September 2009, security forces tried to stop the rally going ahead and allegedly blocked off the exits to a stadium in the capital, Conakry, before opening fire. Some protesters were shot dead or attacked with knives, while others were trampled on.

The long-delayed trial will be the first involving human rights violations on this scale in Guinea, says rights group Human Rights Watch.

The many years of waiting have been difficult for the victims but they say that they are pleased the trial is finally going ahead.

“We demand justice, nothing else but justice,” said Anissa.

She said she was still emotionally scarred from what happened to her and does not like returning to the stadium where she was assaulted.

“Even today it scares me. It’s the scars that come back. It is the trauma that comes back. So I can’t, I really can’t.”

Victims of rape are often stigmatised in Guinea and it is believed that many victims of sexual assault in the stadium have not come forward because of this.

Capt Camara, 58, seized power in 2008 when long-time President Lansana Conté died, but he was ousted and fled the country not long after the Conakry killings and following an assassination attempt. He had been living in Burkina Faso before returning to Guinea on Sunday.

He was detained ahead of the trial, according to his lawyer, Pépé Antoine Lamah, who said this was a violation of the law.

After Capt Camara left Guinea, an investigation was set up to establish the facts surrounding the tragedy – it sat from 2010 to 2017. During that time some alleged perpetrators were charged, including Capt Camara.

In 2018, a committee was set up to organise the trial, but concerns were raised about lack of progress because it was not meeting regularly.

It was the current military junta head – Col Mamady Doumbouya – who came to power after a coup in 2021, who ordered the trial to be held.

DISCLAIMER: The Views, Comments, Opinions, Contributions and Statements made by Readers and Contributors on this platform do not necessarily represent the views or policy of Multimedia Group Limited.
Tags:
Guinea
Moussa Dadis Camara