My Black Stars call up was not deserved – Braydon Manu 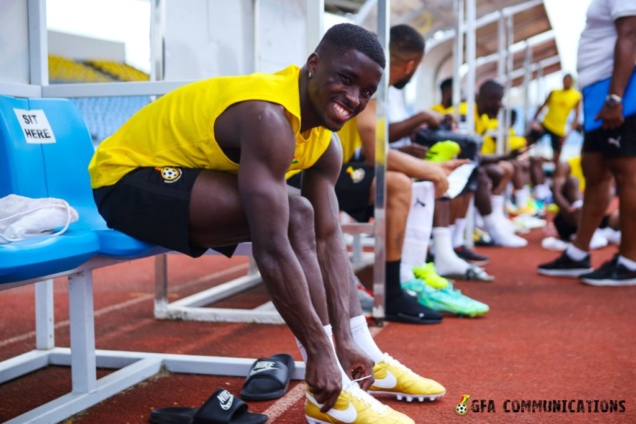 The recent Black Stars call up for Germany-based Braydon Manu was not deserved, according to the player himself.

In an audio interview made available to Joy Sports, the 24-year-old forward received a late call from the Ghana technical team, following multiple factors that had led regulars unavailable for qualifiers against Ethiopia and South Africa.

Manu and his fellow German-based colleague, Daniel Kofi Kyere, were given the calls on the recommendation of the football governing body’s technical director, according to an FA statement at the time.

Manu, an unused sub as Ghana beat Ethiopia and lost to South Africa, says the call to him was a surprise.

“I was surprised because at first, I thought it was fake. I didn’t believe it. First of all, I had a call from the technical director [Berhard Lippert],” Manu explains.

“I was happy, but still I was like how? Because to be honest, I had not played that much to say that I merited a call because I’ve proved [myself].”

Speaking in a mix of Akan and English, Manu elaborated: “I score goals. I assist. But, I thought to myself, maybe they see something in me that other people have not seen. So, it was after that the coach called me.”

Joy Sports understands that Manu was speaking to Ahotor FM. However, it is unclear where the interview took place.

Manu goes into detail about how he has struggled in the last 18 months, working his way to match fitness and getting a semblance of good form.

A Hallescher FC – in the German third-tier – player, Braydon, is with Darmstadt in the country’s second division. He has played only 78 minutes out of a possible 540 in all competitions.

The claim by the player could not have come at a worse time for the Black Stars, at a time when there is an outcry for improved performances in the team.

There have been allegations for months about unmerited call-ups to the team, and this admission by Manu does not help Charles Akonnor – a man whose job is already under heavy criticism from the public.