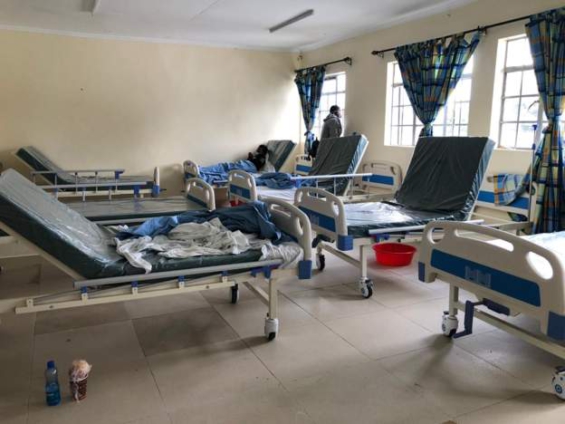 I reached the Jomo Kenyatta International Airport’s health port on Monday at around 15:30 GMT.

I queued to have my temperature checked. It was around 37.7 degrees Celsius – which was flagged to be higher than expected.

While I waited to see the doctor I worried that I may have infected my two-year-old nephew, my parents and friends in Ethiopia.

The longer I waited, the more I panicked.

The airport workers were told not to walk near me. Passengers from other flights stared.

More than four hours after I reached the airport, an ambulance took me to the Mbagathi Hospital – the facility where the Kenyan government has set up an isolation ward for coronavirus cases.

Going through the corridors, I could hear other people in there coughing.

I was taken to a room that had two other people. I slept all covered up in a cocoon with my mask on. We were tested on Tuesday at around 13:00GMT. An agonising wait for the results followed.

Things got scarier when Kenya’s health ministry confirmed three more cases. We wondered if we had come into contact with confirmed cases at the hospital.

On Wednesday afternoon we were told we had tested negative for the virus.

It was a huge relief. I called my family and told them not to worry. They were overjoyed.

We hurriedly packed our bags to head out of the building but were not allowed to go outside at first. I had to wait for paperwork but once I was outside I decided not to go back in and waited even after dark outside.

The doctor told me that I still had to self-quarantine for two weeks. I can neither leave the house nor have visitors.