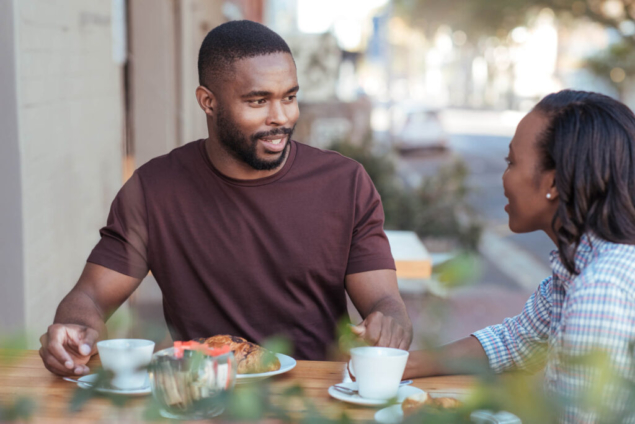 I’ve always been super-insecure in relationships. Growing up, I didn’t always have the best role models, so I didn’t know a lot about what a healthy marriage looked like.

I looked to movies or the “perfect” photos other couples posted on social media to try to figure out what we were “supposed” to be doing, and if I felt my husband and I didn’t measure up, I’d freak out and start to worry.

It’s not a stretch to imagine how this drove my husband crazy. I needed constant reassurance, proof even, that he loved me. I was convinced that at any second he might up and leave me.

Worst of all, I was afraid that he was going to take me for granted.

You hear this term a lot when relationships sour.

Divorced friends often told me that their marriages didn’t work because “he takes me for granted”.

Things became stagnant, and their husband or wife was complacent. They didn’t feel special anymore, and it was nothing like when they’d first met and everything had been thrilling and filled with sparks.

My marriage was nothing like when we first met either. Instead of hooking up the backseat of a car in a parking garage because we couldn’t wait until we got home, we were now spending our Saturday nights trying to finish folding the laundry.

We didn’t plan exotic vacations anymore either. The last thing we planned together was our strategy for repainting the front door.

My husband forgot our anniversary and, if I’m being totally honest, so did I. He went to the bathroom with the door open, too, and I couldn’t remember the last time he got dressed up for me.

Sometimes, my husband left for work without giving me a kiss good bye.

Obviously, something was terribly wrong. Or was it?

It was pretty clear my husband had started to take me for granted.

So naturally, I panicked. Was he going to leave me? Was he unhappy? Did I need to lose weight, bleach my hair platinum, get a boob job, or dress sexier to get his attention again? Was he having an affair? Had I done something wrong?

The answer to all of these questions was a solid no.

Everything in our relationship was fine. The only thing that wasn’t okay was my constant worrying.

Any problems we were having were caused by my insecurity and comparisons. I needed to stop seeing everything through the lens of my fear of being taken for granted and start reframing my perception of marriage.

I realized that being “taken for granted” was the best thing that had ever happened to me.

The intensity couples experience when they first meet can pretty much never be sustained, and that is normal — not a cause for alarm.

My husband and I have been together for almost fifteen years now, so naturally, we’re going to settle into a certain sense of calm and stability.

What some may see as a rut, I see as proof of how safe and easy we feel around one another. That’s why we can go to the bathroom with the door open without being embarrassed.

When we spend our time doing household chores instead of, I don’t know, salsa dancing the night away half-naked, we’re showing our continued commitment to our mutual home.

We have elaborate discussions about painting the door (and everything else that needs fixing around here) because we are investing in our expected future together.

Translation? He’s not leaving me.

If he had plans on bolting with a nineteen-year-old bikini model, exterior paint shades would be the last thing on his mind.

Some people may find our relationship boring, but I promise you, now that I understand how secure our marriage really is, things are anything but dull. In fact, our relationship is so much more intimate, simpler, and smoother now than it was back in that initial infatuation phase.

As someone who has abandonment issues, the fact that sometimes I feel like my husband taking me for granted was the answer to my prayers.

As much fun as we had, and as exciting as new romance was, I never really liked the beginnings of relationships.

That’s when my insecurities flared up the worst. I felt like I always had to perform, and I constantly worried if he was going to call me back or ask for another date. Then I worried if he really wanted to marry me.

It was exhausting, and now I can finally relax about all of that, take off my itchy lingerie and show who I really am: a girl who prefers boxers, ponytails, and old t-shirts.

(Plus, hooking up in the back of a car isn’t that great anyway. I prefer our king-sized bed.)

The fact is, my husband doesn’t really take me for granted.

That phrase has a negative connotation to most people anyway, and I don’t want to imply that my spouse doesn’t care about or acknowledge me because that’s not true.

What I’m really saying here is that I finally understand that my husband views our marriage as a given.

Over and over his actions have proved that he’s here for the long haul, and so am I. Because we know we’re committed, we don’t always need to “court” or “pursue” one another. \

We already have one another’s attention and affection, so those things aren’t necessary anymore, and thank goodness, because that stuff is a lot of work.

Realizing that husband takes me for granted actually improved our marriage because it eliminated my insecurities. We’re safe, we’re calm, we’re comfortable, and that’s all I’ve ever wanted.