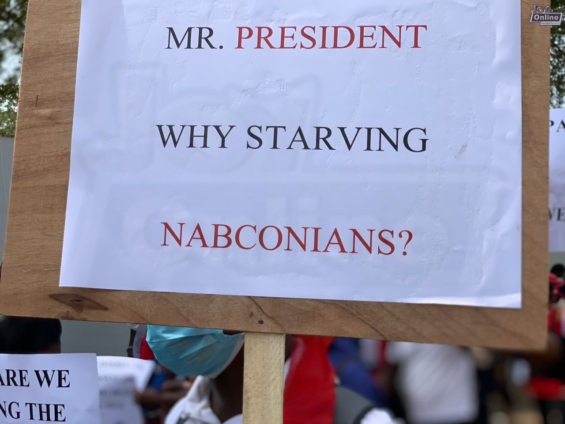 The Coalition of NABCO Trainees has threatened to embark on a demonstration on June 10, over unpaid allowances.

The Coalition said the economic situation of Trainees had worsened due to the failure of government to pay their seven months allowance after the Government had asked them to remain at post.

In a press statement signed by Frank Quansah, the National Secretary for NABCO Trainees, and copied to the Ghana News Agency, the Coalition said the hope of Trainees in their career exit pathway had been curtailed owing to the delay by government to migrate them into permanent mainstream work.

The Coalition said all efforts to get the government to fulfill its promise and pay an accrued sum of 4,900 Ghana Cedis to each trainee had been fruitless and stated the resolve of the Trainees to demonstrate in demand of their allowances.

“We have been crippled and left penniless and highly indebted and, therefore, demand that the government pay all the arrears due us before 10th June, 2022 and also make sure that the promise for permanent jobs is fulfilled immediately for trainees to exit the scheme peacefully,” the statement said.