Naming and shaming; Students Loan Trust Fund and its defaulters 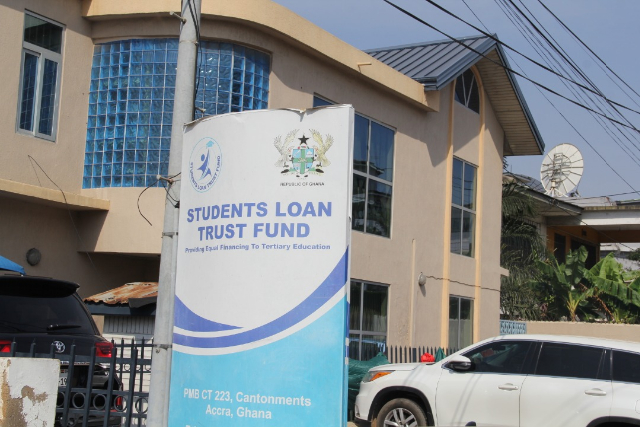 The Students Loan Trust Fund (SLTF) has over the past couple of weeks been caught in the eye of a raging public storm.

This is because on the 21st and again on the 26th of November, the agency took the extraordinary step of publishing the names and photographs of about 40 of its defaulters in the Daily Graphic. The decision to publish especially the photographs of defaulters has sharply divided public opinion. Whiles supporters of the action see it as a long-overdue step in recovering funds from recalcitrant borrowers, opponents of the move describe it as extreme, uncalled for and causing undue embarrassment to borrowers.

As an employee of the SLTF with intimate knowledge of the issues considered before the action was taken, I can say that the decision to publish names and photographs of defaulters was not one that was taken lightly by the Board or the Management of the Fund.

The history of tertiary education in Ghana is littered with failed attempts by governments to provide sustainable financial assistance to needy Ghanaians with the intellectual capacity and the will to pursue higher education.

In the first decade after independence, Ghanaian university students enjoyed free tertiary education, which included tuition, accommodation and living expenses. For obvious reasons, this could not be sustained. Since then, various schemes have been tried, including the first student loan scheme in 1971, which lasted for only a year, a book and living expenses loan introduced in 1975 which also failed and finally the SSNIT Loan Scheme which lasted from 1989 to 2005.

The Students Loan Trust Fund was established in December 2005 to replace the SSNIT loan and has the mandate to provide financial assistance to Ghanaian students, studying in accredited tertiary institutions. The Fund currently supports some 35,000 students in 117 tertiary institutions across the country.

The key sources of funding for the SLTF, are the GETFUND, Communications Service Tax and crucially, funds recovered from past borrowers.

Like the student loan schemes that preceded it, the SLTF has had its fair share of challenges including low amounts paid to students, late receipt of funds from the GETFUND and CST, as well as low recovery rates.

Since January 2017 the Fund has taken significant steps to improve operations. The loan amount was increased by 50% to reflect the realities of today’s economy and the rising cost of tertiary education. The Fund has also put in place systems to improve its recovery rate, including better public education on repayment options and the introduction of electronic payment systems like mobile money and debit/credit cards to provide flexibility and convenience for borrowers in repayment.

Due to the often slow release of funds to the SLTF by Government, the Fund is increasingly forced to rely on recovered loans to take care of the cost of its operations, as well as to lend to current students. It has, therefore, become necessary to take more proactive steps in loan recovery, in order to ensure the sustainability of the Fund. The SLTF of today is more meticulous in tracing borrowers and engaging with them to meet their financial obligations. Employers are also being educated by the Fund on their obligations under the SLTF Act 850, 2005 to deduct loan payments from employees on behalf of the Fund.

Contrary to the received wisdom that a majority of SLTF defaulters are unemployed, internal research conducted by the Fund, demonstrates that student loan defaulters represent a wide spectrum of Ghanaian society, including business people, public servants, show business personalities and even the clergy. In fact, many borrowers who have genuine reasons for delays in repayment, have approached the Fund and successfully re-negotiated payment terms.

For other defaulters, the problem seems to be the attitude of borrowers towards government-funded loans. Many of the defaulters in the recent Graphic publication had hitherto been contacted by the Fund, through letters, text messages and through their loan guarantors, all to no avail. One prominent pastor pointedly told Recovery staff of the Fund that he has no intentions of repaying his loan. In the light of the above, Management thought it right to publish the details of some defaulters in accordance with the Students Loan Trust Fund Act, 2011, Act 820 Section 26 (1-7). These publications will soon be followed by prosecution in court.

As government extends the frontiers of education in Ghana, for the vulnerable in society, with the introduction of the landmark Free SHS policy, we at the SLTF are acutely aware that many free SHS beneficiaries will soon be knocking on our doors for assistance. While we continue to plead with government for more funding, we must be seen to be helping ourselves.

Publication of names and pictures is just one weapon in our arsenal. The Fund would like to assure all borrowers especially those in the position to pay, that one way or the other, like it or not, you go pay.