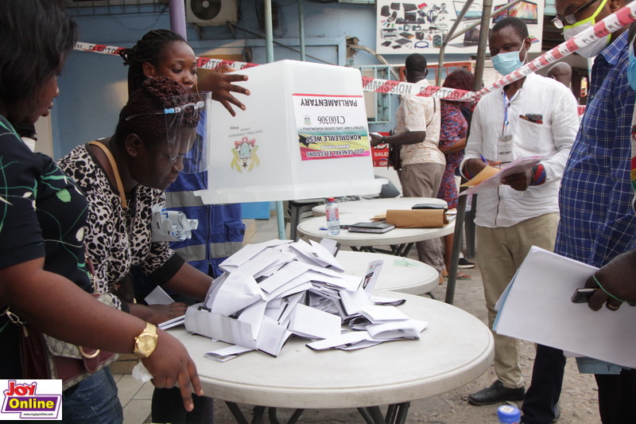 The Techiman South Constituency Executives of the New Patriotic Party (NPP) have condemned what they described as lawless agitations and protest by supporters of the National Democratic Congress (NDC) over the outcome of the Parliamentary Elections.

The Electoral Commission declared Mr Martin Agyei Mensah-Korsah, the NPP parliamentary candidate as the winner of the Constituency seat in the just ended general election.

But the NDC supporters in the Constituency had since protested against the EC’s declaration, claiming the NDC parliamentary candidate, Mr Christopher Bayere won the elections.

Describing the actions of the NDC supporters as lawless, Mr Richard Asamoah, the Techiman South Constituency Secretary of the NPP challenged them to obey electoral laws and passed through laid down procedures to seek redress.

In an interview with the Ghana News Agency (GNA) in Techiman, Mr Asamoah called on the NDC supporters to refrain from attacking the EC unnecessarily, saying it was the Constitutional Instrument (CI) 127 that mandated the EC to do its work.

Flanked by other Constituency Executives of the NPP, Mr Asamoah indicated that the unnecessary protests and agitations by the NDC supporters in the Constituency was generating unnecessary tensions, fear and panic in the Techiman Township.

Mr Asamoah said it was unlawful and unacceptable for the NDC to re-collate the Parliamentary votes, overturned the EC declaration and publicly declared their parliamentary candidate as the winner of the seat.

Despite all these and other lawless behaviour demonstrated by supporters of the NDC in the Constituency, Mr Asamoah said the NPP was silent because the Party cherished peace and would not do anything stupid to disturb the peace of the area.

He however condemned the post-election violent which erupted in the Techiman Township and claimed three lives, and expressed the Party’s condolences to the bereaved families.

DISCLAIMER: The Views, Comments, Opinions, Contributions and Statements made by Readers and Contributors on this platform do not necessarily represent the views or policy of Multimedia Group Limited.
Tags:
Election HQ
National Democratic Congress
New Patriotic Party (NPP)