NDC Scotland: NPP has a mediocre track record, Ghanaians will vote them out in 2024 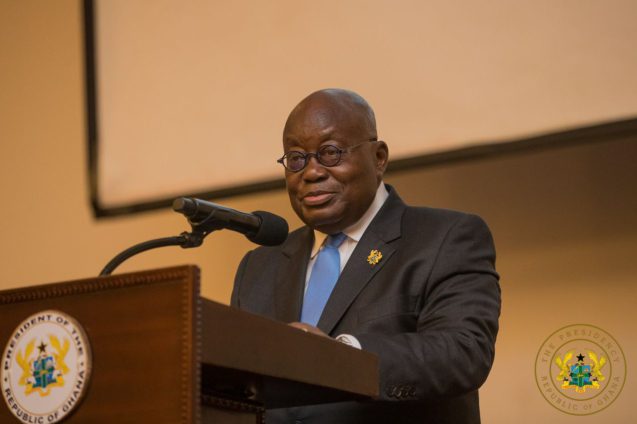 In the just-ended delegates conference held by the NPP in the Ashanti Region, statements from both the President of the country and his vice clearly showed an indication of unavoidable defeat in 2024.

As the saying goes ‘A drowning man will clutch a straw’, the NPP in their quest to become appealing to Ghanaians for a possible mandate in 2024 rather exposed the level of desperation within the rank and file of the party due to bad Governance. Indeed Ghanaians today are paying a bitter price after exchanging our iPhone in the person of John Mahama for a China phone (ADDO Dee).

In an era where information can easily be verified, it is sad our economics connoisseur (Dr. Mahamadu Bawumia) was quick to shield the electoral commission on the validity of the 2020 elections when the EC itself could not do basic arithmetic hence had to change the final results on three occasions.

Is it not surprising and shocking that while the cedi today is one of the weakest currencies globally, we have the head of the economic management team embarking on very misplaced priorities from commissioning of public toilets, Ghana Post GPS, digital property addressing system etc.

With the level of insecurity in the country, we are tempted to ask the one in charge and again it comes back to the vice president of the country.

Is it therefore not ironical that the same person who organized the most public lectures in the history of our country and the world at large on economic management today have the effrontery to refer to someone as incompetent when he failed to remove the logs in his eyes?

Gabby Otchere – Darko once said ‘If running an economy was all about borrowing your way into an unsustainable debt hole then any half wit could be president(2015)’. The Akuffo led government has borrowed more money than any government in the 4th republic yet has nothing to show for it.

What makes it alarming is the fact that most of these transactions are managed by Databank owned by the current ϐinance minister and per our checks, the company has seen over 1100% increment in its annual revenue since 2016.

These current tracks were not really the same people that begged Ghanaians for power in 2024. It is amusing hearing the president pride himself in a ϐlagship programme that has faced several serious challenges but for the interest of scoring cheap political points these issues are ignored.

The green and gold track educational system was one of the failed policies by the current Energy Minister (Dr. Matthew Opoku Prempeh) due to the level of frustrations both parents and students had to endure.

It is devastating that till date there are no syllabus for our basic schools yet students were given past questions to study. This shameful act had to cost the ordinary tax payer 200 million old Ghana cedis.

The worst part is the arrears in teacher’s salaries prompting constant strike actions affecting the future of our country. Most of the teachers today after training college are not even posted but rather expected to write a licensure examination that is not fit for purpose.

The school feeding programme has also collapsed due to ϐinances hence all second cycle schools do not reopen at the same time. High fuel prices, import duties etc caused due to mismanagement of the economy are subject of discussion another. On corruption, the country is bleeding profusely. AGYAPA deal, PDS, Ghana Post GPS, Missing excavators etc are primary point of discussions Ghanaians haven’t forgotten.

As if that was not enough injury to our plight, in January 2021 but for the swift intervention of the minority, the president after all the beneϐits he enjoys, attempted to include his wife and that of his vice to article 71 holders. The president saw the need to increase the salaries of all article 71 holders by 70% while civil servants saw a 4% increment.

The president, to further add salt to injury, found money to rent expensive private jets for foreign travels, many of which were needless. If this is his deϐinition of protecting the public purse, we dare say, Ghanaians are being led by a president whose only quest is to satisfy his childhood ambitions and not for the betterment of the ordinary Ghanaian.

To hear the president say the country is broke is nothing but a fallacy. The solution proposed by Addo show boy is not to cut down on his proϐligate expenditure nor fight corruption through his special prosecutor but rather he intends to dip his hands into our bank ac‐ counts and take part of our savings through the draconian E–levy. This daylight robbery surpasses human understanding especially in times when people are really struggling to make ends meet. The World Bank in April 2, 2020 provided Ghana $100 million during the COVID–19 pandemic.

By November, the EU added an extra 86.5 million euros in an emergency budget support to sustain the economy post COVID yet the mother serpent of corruption (Akuffo – Addo) is yet to account for all this funding made available to him and his cronies during the pandemic but rather decided to blame the COVID–19 for their incompetence and corruption which are a reϐlection of the hardships levelled on the average Ghanaian.

Of all the lies and deception that was spewed on the day, the scariest moment was when the President of the country intimated that he wanted to hand over power on 7th January 2025 to an NPP presidential candidate. It was a sign of desperation and a warning signal on the capabilities of the NPP in orchestrating electioneering violence pre‐ and post‐election.

We are witnesses to how seven innocent Ghanaians were murder in cold blood just for attempting to exercise their consti‐ tutionally mandated rights in the 2020 elections. We want the NPP to know that we know them hence can read the slightest meanings into their actions.

The NDC as a party is poised for action in 2024 and no amount of scaremongering and intimidation will subvert the voice of the people in selecting their presidents and MPs. Not even the barrel of a gun.

We can only admonish them to at least maintain the peace we have enjoyed since independence as a country and be ready to hand over leadership to the next NDC administration in peace and NOT pieces.

DISCLAIMER: The Views, Comments, Opinions, Contributions and Statements made by Readers and Contributors on this platform do not necessarily represent the views or policy of Multimedia Group Limited.
Tags:
Elections
Nana Akufo-Addo
NDC
Scotland