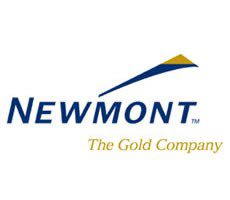 Newmont Ghana Gold Limited (NGGL) has presented a cheque of Gh.c 15,000 to the chiefs and people of Beposo in the Bosomtwe District of the Ashanti Region towards a community water project.

The donation was in appreciation of the hospitality accorded a Newmont delegation aboard a chartered helicopter that was compelled to make an unscheduled landing at the community park in June last year due to the malfunction of one of its engines .The aircraft was on its way from the company’s Ahafo mine to Accra.

Speaking at a community durbar, Regional Manager, Environment and Social Responsibility of NGGL, Derek Boateng, thanked the people of the area for their hospitality and added that the reciprocal gesture by Newmont was in keeping with its core value of demonstrating leadership in social responsibility.

The Chief of Beposo, Nana Kankam Boadu Apenteng, who received the cheque on behalf of the people thanked Newmont for the kind gesture and promised that the money will be used for its intended purpose.