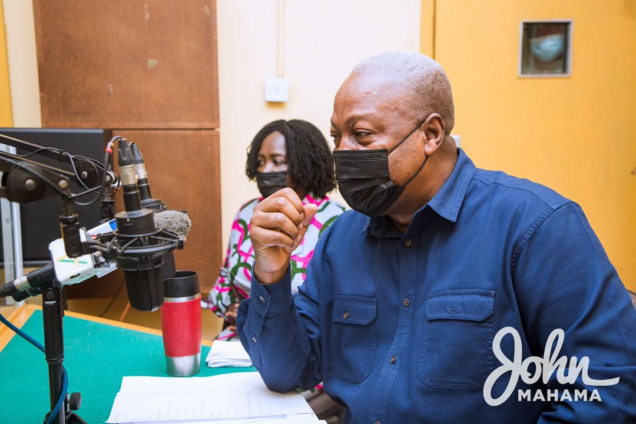 Former President John Dramani Mahama has stated that the National Democratic Congress will be very vigilant at the polling stations during the 2024 elections.

Speaking on a Techiman-based radio station, Akina FM, he stated that the 2020 elections taught the NDC that elections can only be won at the polling stations, thus they will not let their guards down.

“We will do everything to ensure that the election is free and fair. We will not cheat the NPP and we don’t expect anyone to cheat us either. Let the elections be peaceful and fair,” he added.

Mr Mahama, who is in the Bono East Region as part of his ‘Thank You tour’, further noted that “the party would not wait for the results from the collation centre or the Supreme Court but would win the polls at the voting centre,”

The Former President alleged that the NPP used the security agencies to intimidate members of the NDC in several Constituencies including, Techiman South.

“You see some Military and Police officers and ask whether these are indeed officers. They wear earrings and all sort of things and you can’t tell whether this is a Police officer or a Soldier. These are the people they used to intimidate us in the December polls and nothing has been done about it,” he said.

Mr Mahama thanked the people of the region for the overwhelming support the party enjoyed at the polls.

“We won 10 out of the 11 Constituencies in the Presidential Election. That shows how committed the people of the region are to the party. I say thank you so much for this,” he said.