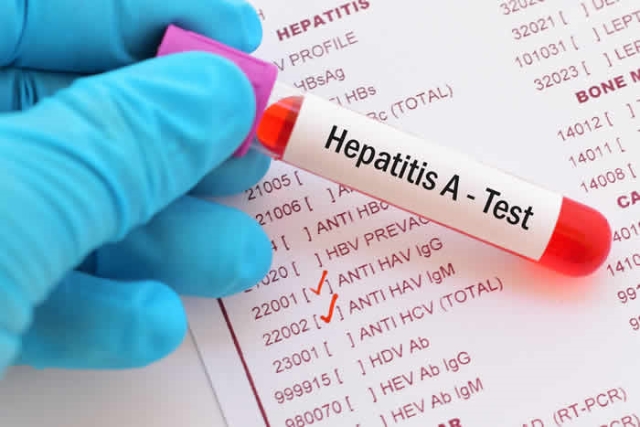 It said “till now there has not been any national survey detailing the burden of viral hepatitis in the country,” though few studies conducted revealed that there was a looming danger.

The petition, which was issued and signed by Alex Atakli, the Executive Director, Long Life Africa, urged the MOH to urgently ensure the provision of an effective budgetary allocation for viral hepatitis prevention and control activities.

It must also ensure the immediate implementation of the National Guidelines for Prevention, Care and Treatment of Viral Hepatitis for the effective use by health workers, and the inclusion of the treatment of the disease in the National Health Insurance Scheme, asking that nuisance taxes on the importation of all hepatitis-related products such as diagnostics, medication and vaccines be removed.

It insisted that although medicines, vaccines and diagnostics were available to the public, they were too expensive and far beyond the reach of the ordinary Ghanaian.

It said the realities were that, people diagnosed of hepatitis were left to die, while pregnant women diagnosed at antenatal clinics were left untreated leaving their children with no access to the Hepatitis B Vaccination (HBV) immunoglobulin at birth,”.

“As part of finding the ‘missing million’ campaign, our partners are ready to deliver hepatitis products at the wholesale price in the country”, a move which was to ensure that no one was left behind, it said.

The Organisation further encouraged the MOH to conduct a national sero-prevalence survey to detail the burden of viral hepatitis B and C in Ghana, saying this was very crucial to elimination because hepatitis had a legacy of poor surveillance in this country.

It cited a publication by Atakli (2017), of the School of Public Health of the University of Ghana, which revealed that 14 out of every 100 students in Krachi Senior High School tested positive to Hepatitis B.

Further studies, it said, showed that viral hepatitis affected 350 million people globally and killed about 1.6 million every year, and that the estimated deaths resulting from both the type B and C were more than that of HIV and AIDS, Tuberculosis and Malaria put together.

The petition also said in Sub-Sahara Africa alone, hepatitis B and C affected over 60 and 11 million people respectively, making the sub-region the hardest hit in terms of disaster, and “in Ghana, our situation is the same if not worse,” explaining that both past and successive governments paid little or no attention to prevention and control activities.

“We recognise the need for a national approach to eliminating the disease as a public health problem through preventing, diagnosing, treating and surveillance of all forms of viral hepatitis B and C,” and therefore called for the screening and vaccination of all senior high school students.

It explained that it was necessary as the WHO introduced the childhood immunisation of hepatitis into the Expanded Immunization Programme in 2002, without any catch-up programme for the vast number of the youth who were born before 2002.

It urged the MOH to recognise the need to strengthen health systems and integrate collaborative approaches and synergies between control measures for viral hepatitis, and of infectious diseases such as HIV and other sexually transmitted and blood-borne infections, mother-to-child transmitted infections, and for cancer and other non-communicable diseases.

“Our donors have demonstrated commitment to supply carriages to the existing G-expert TB machines that can be used for viral hepatitis B and C viral load testing,” it said.

It promised to liaise with the Ghana AIDS Commission to make “Tenofovir” which is one of the HIV drugs recommended for treating hepatitis B, available to clients, explaining that although this particular drug was available abundantly and free to HIV clients, it was forbidden for those suffering from viral hepatitis B.

The Organisation said it was in negotiations with some companies including; Abott, Roche, Cipla, Gilead, CDA Foundation, GPRO Fund, Serum Institute of India and World Hepatitis Alliance, that demonstrated commitment,” and pledged to work tirelessly to assist government, and provide the advocacy necessary to find the resources to achieve the reduced commodity prices to reach the shared goal of eliminating hepatitis by 2030.