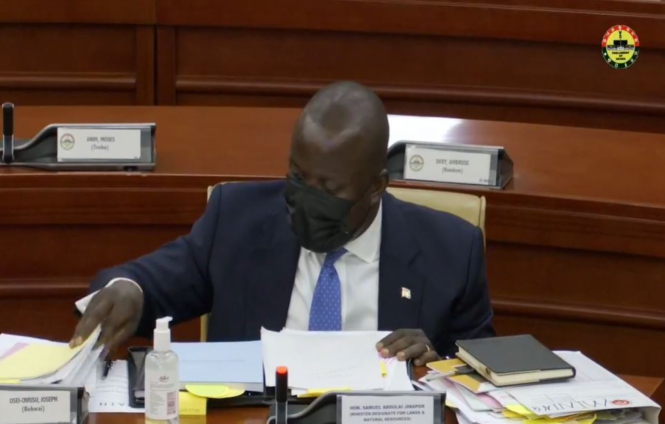 The Minister of Lands and Natural Resources, Mr Samuel Abu Jinapor, has paid a working visit to the Forestry Commission to mark the International Day of Forests.

After holding a meeting with the Chief Executive Officer, Mr John Allotey, and Management of the Forestry Commission, the Minister directed that there should be no further issuance of permits for mining in forest reserves, except in exceptional circumstances.

He further directed that the Commission should quickly move to flash out individuals and entities engaged in mining in forest reserves without permits and that fresh permits must not be issued.

“Forest reserves are what they are and should be protected accordingly,” Mr Jinapor said.

He said government was counting on the Forestry Commission to collaborate with officials of the security services to enforce the directive without fear or favour.

Mr Jinapor made the announcement when he launched the ”Green Ghana Project” in Accra as part of activities marking the International Day of Forests, which fell on Sunday, March 21, and planted Mahogany and Rosewood trees as part of the launch.

He said there were still some illegalities in the forestry sector and charged the Commission to adopt a comprehensive strategy to deal with those activities such as the harvesting of rosewood and illegal logging.