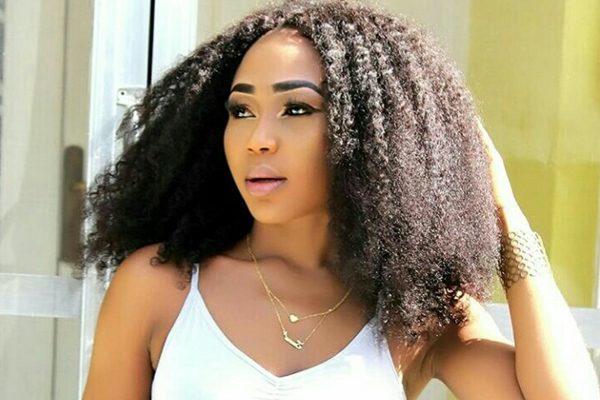 Anytime her name is mentioned, what comes to mind is a half-naked pose on social media or videos in which she insults celebrities, but Rosemond Brown, popularly known as Akuapem Polo, tells Graphic Showbiz all that is behind her now.

On Valentine’s Day this year, she went virtually naked on the internet and had many tongues wagging, but the ‘Away Bus’ actress says she is done with that kind of life now.

“I was doing all that because I wanted fame and something to put food on my table, but I have that now and so there is no need to continue along that path. I am a mother, my son is growing and so I can’t be doing that.

“Also, my sweetheart doesn’t want me to do it; so no more twerking, no more half-naked pictures on the Internet and no more talking about celebrities.

“It’s not good; that isn’t me. I was a cool, calm person who became loud on social media. Now that I have got what I wanted, I have put a stop to it. I have four awards to my credit, including one from Nigeria. What else do I want?” she quizzed.

According to the Efiewura actress, she had to do something to get some money because she was the breadwinner of her family.

“I am an only child; I was helping my mum and some of my cousins who all depended on me, not forgetting my dear son,” she said.

“I have starred in Obra, Chorkor Trotro, Efiewura and movies such as SideChic Gang, Sala, Away Bus, Baby Mama, etc. I have also shot music videos with the likes of Asamoah Gyan, Stonebwoy, Guru and a host of others,” she stated.

She had also done some stage performances at the National Theatre and elsewhere and was part of Becca’s dancers for the first two editions of Girl Talk, she added.

Aside from acting, Akuapem Poloo runs an honey business, Sexy Poloo Pure Honey, which she claims is doing well on the Ghanaian market.

She is currently dating and has been in the relationship for the past three years.

In an answer to the question if she had plans of settling down anytime soon, she said: “Why not? I am a lady and I am growing so why not? I am waiting for God’s time; when that time comes, I will definitely settle down.”

“My stylist is the one who decides what I should wear, but there are a few occasions when the idea of what I wear has come from me.”

Does Akuapem Poloo have issues with any of her colleagues, as she is known for?

“I don’t have issues with any of them. God knows I love all of them. If I do something and you don’t like it, just call me and talk to me, don’t push me away because that won’t help issues,” she pleaded.

She expressed gratitude to Prince Yawson (Waakye) for being instrumental in her career and Gloria Osei Sarfo who introduced her to the Efiewura series.

“God bless that lady Gloria. She held my hand and took me to Efiewura and till date I am still part of the series,” she concluded.