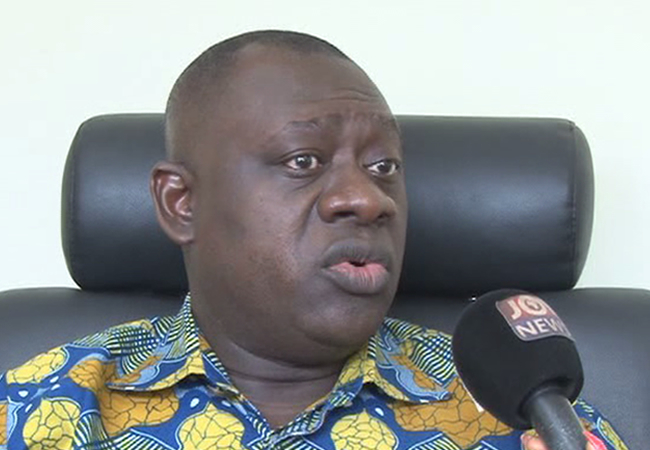 Deputy Minister for Local Government and Rural Development, Osei Bonsu Amoah, has said no government representative at the various assemblies would lose their jobs for performing poorly on the District League Table (DLT) released recently.

Mr Amoah says any dismissal may be based on President Addo Dankwa Akufo-Addo’s own discretion about the performance of a particular assembly but not necessarily on the results of the DLT.

Speaking on Wednesday, June 19, on Adom FM’s current affairs show, Burning Issues, the Deputy Minister advised all the assemblies to “accept the report in good faith”.

The DLT is a grading instrument published annually by UNICEF in partnership with the Centre for Democratic Development (CDD) which measures the level of development in all 216 Metropolitan, Municipal and District Assemblies (MMDAs) across the country.

The rankings are based on six key indicators which are health, education, sanitation, water, security and governance.

These indicators are combined into a single index, and districts are ranked from 1st to 216th place in terms of the level of development.

The Chief Executive of the Asante Akyim North District who topped the table, Francis Oti Boateng, told the host of the programme, Akua Boakyewaa Yiadom, the assembly does not rely solely on the Common Fund from central government to facilitate its activities but solicit funds from external agencies.

Mr Oti Boateng says a German company has granted his district $280,000.00 that has been used to embark on several projects in the district. In education, the DCE said seven communities in the district which hitherto had no Junior High Schools have all been provided with some during his administration as well as providing additional hands to aid Zoomlion to tackle sanitation issues in the district.

The biggest challenge he encountered in the district was the feud between Fulani herdsmen and crop farmers where he received between ten and fifteen reports of rape and crop destruction by farmers on a daily basis but “in the whole of 2019, only two reports have come to my office”. The use of drones to monitor activities of herdsmen has aided them to evacuate about 95% of cattle in the district according to Mr. Oti Boateng.

However, the Asokore Mampong Municipal that came last on the table has rejected the report saying it does not reflect what is on the grounds.

Chief Executive of the Municipal, Dr Seidu Alidu speaking on the same show indicated a lot of things have been done in the area of health, education, sanitation, security and others which shouldn’t have placed them at the bottom.

He has, therefore, urged residents of the municipal to reject the report.

Meanwhile, local governance expert, George Kyei Baffuor advised the assemblies on the same show “not to consider the rankings as a competition but a guide to check their performance to do better at where they fell short.

DISCLAIMER: The Views, Comments, Opinions, Contributions and Statements made by Readers and Contributors on this platform do not necessarily represent the views or policy of Multimedia Group Limited.
Tags:
District League Table
poor performance
Sacking