Nobody warned me drinks event was against rules - Boris Johnson - MyJoyOnline.com

Nobody warned me drinks event was against rules – Boris Johnson 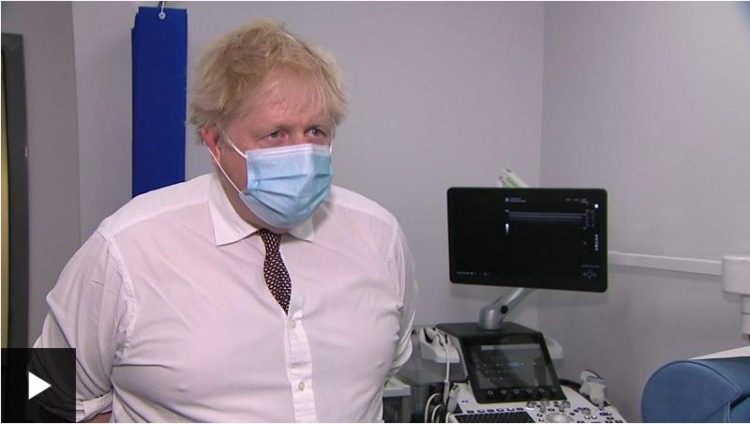 PM Boris Johnson: "Nobody said... this was something that was against the rules"

Boris Johnson has “categorically” denied he was warned a drinks party in the No 10 garden risked breaking lockdown rules.

“Nobody warned me that it was against the rules,” the prime minister said, adding: “I would have remembered that.”

Former aide Dominic Cummings says he warned Mr Johnson at the time, and has accused him of misleading MPs about it.

Asked if he would resign if he was found to have misled MPs, Mr Johnson said: “Let’s see what the report says.”

Senior civil servant Sue Gray is due to publish a report into alleged Covid rule breaking at lockdown get-togethers in Downing Street and government departments.

In his blog, Mr Cummings, who was still working in Downing Street at the time of the drinks party on 20 May 2020, said he would swear on oath that he warned the prime minister it would be a rule-breaking event.

He claimed the PM had waved aside his warnings at the time.

Two other former Downing Street officials told the BBC they remembered Mr Cummings telling them on that day he had advised the prime minister not to allow the drinks to go ahead.

Asked about Mr Cummings’ claims on a visit to a North London hospital, Mr Johnson said: “I can tell you categorically that nobody said that this was something that was against the rules, that was in breach of the Covid rules.”

“He’s the prime minister, he set the rules, he didn’t need anyone to tell him that the party he attended broke them.

“If he had any respect for the British public, he would do the decent thing and resign.”

In his interview, Mr Johnson repeated the apology he made to MPs last week for “mistakes” made over the May 2020 get-together.

“As I said in the House of Commons, when I went out into that garden I thought that I was attending a work event.”

He said he had not seen the email sent by a senior aide – his Principal Private Secretary Martin Reynolds – inviting staff to “socially distanced drinks in the No 10 garden”.

“What I remember is going out into that garden for a short time and for 25 minutes thanking staff who’d worked on Covid, who were continuing to work on Covid, and then going back to office.

“If I had my time again, I would not have allowed things to develop in that way.”

Asked if he had lied to Parliament over the parties, he said: “No. I want to begin by repeating my apologies to everybody for the misjudgments that I’ve made, that we may have made in No 10 and beyond, whether in Downing Street or throughout the pandemic.”

He said he would make a further statement on alleged rule-breaking in Downing Street when Sue Gray publishes her report, which is expected shortly.

Six Conservative MPs have publicly declared no confidence in the prime minister so far, while Labour, the Liberal Democrats and SNP are urging him to resign.

Fifty-four Tory MPs must write letters calling for Mr Johnson to go in order to trigger a party leadership contest.