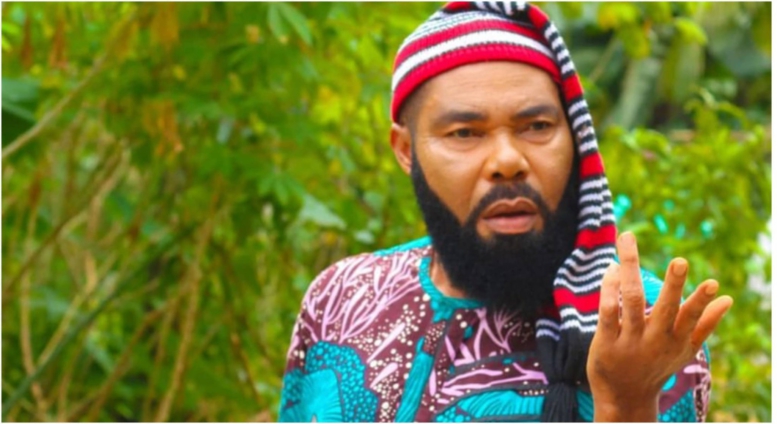 Nollywood actor Moses Armstrong has denied allegations that he raped a minor.

It is the first time the actor has commented on the issue since June, when he was first arrested.

He was prosecuted for allegedly raping a minor – a teenage girl he adopted who lived with his (Mr Armstrong’s) family.

The actor was first arraigned before a Magistrate Court in Uyo on June 17, but the case was struck out after the Magistrate, Samuel Ukoima, ruled that the matter was not properly filed.

Mr. Armstrong was also charged with intimidation, conspiracy and supplying drugs or instruments to procure abortion.

He pleaded not guilty to all four charges. The actor was granted bail in the sum of ₦5 million.

Upon perfecting his bail conditions, the actor got home to a rousing welcome on Tuesday night.

Going by his post on Facebook, he got home to a party organised by his kids, friends and colleagues in the Nigerian movie industry.

“Coming back to meet a rousing welcome party, organised on behalf of my humble self… by my beautiful kids, my guardian Angel Akeem Oguntoye, that same Comedian Sir James Essien a perfect brother, best Son Nifty Bass and my wonderful Son Ezekiel Ezekiel, my perfect friend and brother Henry Huk and a host of other friends, colleagues, Sons and daughters of mine,” he wrote.

He also stated that he never raped anybody noting that he has never been involved in the act.

“I’m back stronger and better. I’m happy I went to prison; God went with me. The experience was awesome. You will hear it soon. Blessings to all of you Angels that believed in me,” he added.

He also promised to share details of his arrest and prison travail soon.

The Nollywood actor is not the only actor to be charged with statutory rape in recent times.

But while his industry colleague, Baba Ijesha, was convicted on four counts of sexual assault and sentenced to 16 years in prison, Mr Armstrong, it appears, will be walking free.

The case of Baba Ijesha was more high profile, while that of Mr. Armstrong is shrouded in secrecy, probably to protect the image of the minor he was said to be involved with.

In June, Mr. Armstrong, a former aide to the Governor of Akwa Ibom State, Emmanuel Udom, was accused of having carnal knowledge of a minor.

His defence counsel, Emmanuel Pantaleon, drew the court’s attention to his bail application filed on behalf of his client on July 25, and sought the leave of the court to proceed to entertain it.

The prosecution, I.U. Robert, an assistant state counsel, while opposing the bail application, cited relevant judicial authorities and urged the court to dismiss the application, which he described as an “abuse of court process.”

The Judge, Ntong Ntong, after hearing submissions from both counsels, upheld the defence counsel’s application and granted bail to Mr. Armstrong in the sum of N5 million.

The Actors Guild of Nigeria suspended him following the rape allegation.

The Akwa Ibom State-born actor, who started his career 23 years ago, lost his wife, Rita, in 2018.

The mother-of-two was returning to her husband’s residence in Uyo, Akwa Ibom State, from Lagos, when the bus she was travelling in had an accident at the Ugbogui axis of Benin Ore Lagos Expressway.

Rita, a Nollywood actress, died from spinal injuries sustained during the accident.