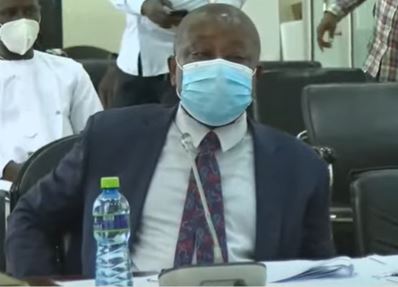 Health Minister, Kwaku Agyeman-Manu has assured the general public that his outfit will no longer proceed with any procurement without parliamentary approval.

His comment comes on the back of the purchase of some Sputnik-V vaccines and the subsequent termination of a contract between the government of Ghana and middle-man Sheikh Ahmed Dalmook Al Maktoum who was contracted to supply 3.4 million doses of vaccines for the country.

Responding to questions during a Parliamentary probe into the termination of the contract, on Monday, the Minister admitted to procuring the vaccines without the approval of the House.

This was in clear contravention of requirements of Article 181(5) of the 1992 Constitution.

But explaining that the decision was taken to save the citizenry during the heat of the second wave of the pandemic, Mr. Agyeman-Manu said he was desperate to get vaccines and was frustrated because regular vaccine supply sources had failed.

“I had plans to come to seek approval from the House after I have signed the contract. But [due to] my frustrations to try to get vaccines for us at the heat of the second wave, I relied on the Executive Instrument 61 passed by Parliament and hid behind emergency clauses that have been invoked to do that and come to Parliament and inform the House
that this is what I had done and, therefore, I need regularisation and need the approval to provide it,” he said.

How the contract with Sheikh Ahmed Dalmook Al Maktoum ended

The Health Minister on Thursday, July 15, 2021, announced that government’s contract with middle-man Sheikh Ahmed Dalmook Al Maktoum to supply the country with Sputnik V vaccines had been terminated.

Addressing the Parliamentary Committee investigating the contracts, Kwaku Agyemang Manu, said the businessman wrote to his outfit on Wednesday to terminate the contract.

He revealed that Sheikh Maktoum’s reason for the decision was because he “is struggling to raise vaccines.”

According to the Minister, Sheikh Al Maktoum had brought the initial consignment to demonstrate the availability of the commodity; however, the suppliers decided to withdraw from the contract after several attempts to get more vaccines from the manufacturers yielded no result.