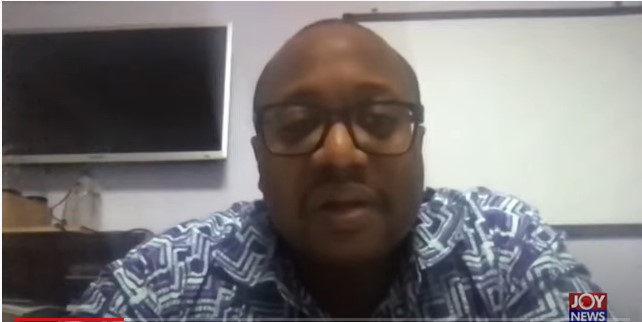 Director for Advocacy and Policy Engagement at CDD-Ghana, Dr. Kojo Pumpuni Asante says the numerous press conferences on the just-ended elections held by members of the National Democratic Congress and the New Patriotic Party are unfortunate.

According to him, both political parties have had members execute groundwork tasks, gained experience and occupied strategic positions hence they should know better.

Speaking to JoyNews’ Ayisha Ibrahim on PM Express, he stated that this year’s election has not only seen an election-verdict challenge but also various violence and hate speech against parliamentary candidates.

He advised the NDC and former President John Dramani Mahama to promote peace by heading to Court to seek redress instead of hitting the streets with demonstrations.

“The people involved are very experienced and they should know better, some of these antics are regrettable.

“I don’t understand why that particular path has been chosen because to determine whether one person has won or lost, or to dispute who the Electoral Commission declares as a winner or loser you have to go through the procedure.

“You have to bring evidence of fraud, inconsistency, collation problems, whatever it is to the right appropriate forum in other for the correction to be made, without that no matter what you do, you will still come to the same end,” he said.

He added that he found it mind-boggling to witness the NDC protest on the streets but is not prepared to move to the right forum, Court, for a discussion that might change their fate in relation to election 2020.

“I am still trying to understand what their end game is because if they want the proper thing done, they have to go through the process”

DISCLAIMER: The Views, Comments, Opinions, Contributions and Statements made by Readers and Contributors on this platform do not necessarily represent the views or policy of Multimedia Group Limited.
Tags:
Akufo-Addo
CDD
JoyNews
NDC and NPP