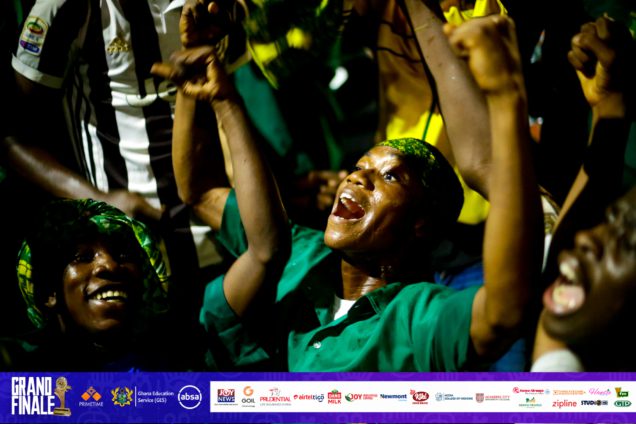 Social media is buzzing with varied comments and expressions following the victory of Prempeh College in the just-ended 2021 National Science and Maths Quiz (NSMQ).

The ‘Amanfuo’ emerged as the winners after attaining a substantial victory over the ‘odade3s’ and the ‘Dzoloalians’ (Keta SHTS) in the final contest.

The race, right from the beginning of the first round saw a keen and stiff competition by all the three schools as they locked horns neck to neck for a lead.

However, the fifth round became a deal-breaker for the boys from the ‘University of Sofoline’ as they answered two out of the four riddles asked, thus, snatching the NSMQ trophy from the defending champions, Presbyterian Boys Secondary School.

As some tweethearts congratulated the three schools for the astounding performance, others couldn’t help themselves but troll Presec.

Being an alumnus of the just crowned champions, former President John Agyekum Kufuor has taken it to his Twitter handle to congratulate the school and the contestant.

Congratulations! Prempeh College Your hard work and perseverance have paid off. So proud of you guys. #NSMQFinals 💚💛 pic.twitter.com/T9OK2FhOkX

“Congratulations! Prempeh College Your hard work and perseverance have paid off. So proud of you guys,” his tweet read.

Francisca deserves all the likes and retweets.
Fighting gallantly for ladies in the space of intellectual competence. She proved that women are not just meant for kitchen and bed alone 🥰#NSMQ2021 #NSMQFinals #NSMQinKumasi #NSMQonJoy pic.twitter.com/MSsDwlixel

Honestly I don’t know how these students sit there and answer such difficult questions and make them look so easy.

Can we now change the ‘Seven’ back to ‘serving’? We denied God the real praise phonetically for all these months only for your Madina fair to be Keta’d for by Prempeh😒#NSMQFinals pic.twitter.com/4n6P73VQhc

But wait ooo PRESEC and KETASCO believed they could win the trophy and take it away from Oseikron… Kumerica … Asanteman … ah.. these people don’t respect how can they have such believe 🤦‍♂️🤦‍♂️#NSMQFinals