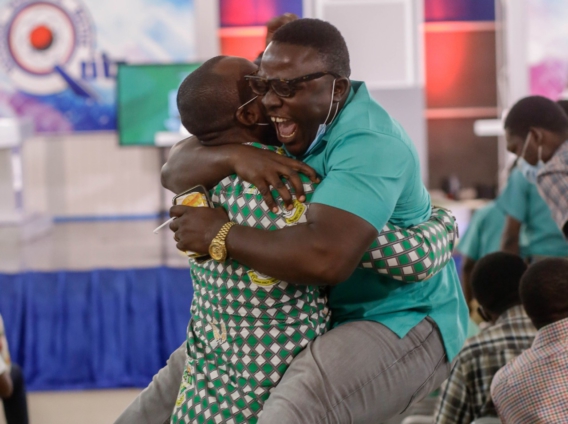 After weeks of compelling contests, only three schools are left standing in the ongoing National Science and Maths Quiz (NSMQ).

On Sunday, October 23, they faced off with some of their biggest rivals to secure their spots in the finals.

Prempeh College, after gaining 49 points, got the chance to defend their title, beating Mfantsipim School, who lost with 41 points and Abetifi Presby SHS, which earned 43 points.

Meanwhile, this is PRESEC’s fourth appearance at the grand finale in a row. The six-time champions beat St James Seminary SHS and Kumasi High School to secure this win.

They won with 51 points – the highest of the day.

The most anticipated contest on Sunday was that of St. Augustine’s, Opoku Ware School and Adisadel College.

Although OWASS was poised to win, Adisadel showed their strength by winning the contest with 45 points.

The three NSMQ favourites will battle for the ultimate trophy and bragging rights in the finale.

Will PRESEC raise their seventh trophy or will Prempeh equalise and pick a sixth trophy. What about ADISCO? Will they secure a second win after five years?

Let all fingers be crossed for the final contest which comes off on Wednesday, October 26.

DISCLAIMER: The Views, Comments, Opinions, Contributions and Statements made by Readers and Contributors on this platform do not necessarily represent the views or policy of Multimedia Group Limited.
Tags:
Adisadel College
Adisco
NSMQ
NSMQ 2022
Prempeh College
Presec
Presec Legon