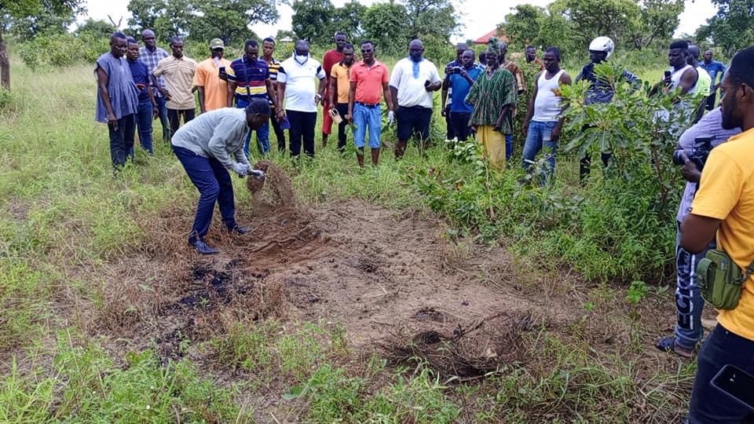 One more body has been discovered in the Upper West regional capital, Wa.

This brings to two the number of bodies discovered so far in the spate of unexplained murders in the past four days.

The most recent episode ensued last Friday, September 16, when the Police retrieved the body of the 58-year-old security man.

Residents there have been living in fear following the murder of nine people in the last five months.

It is unclear the motive for the killings as the police deploy more personnel to bring the situation under control.

Regarding Monday night’s discovery, the deceased had some body parts removed.

According to Upper West Regional Correspondent, Rafiq Salam, the body was found with kidneys, heart and private parts missing.

Interior Minister, the Inspector-General of Police in the company of the Regional Security Council met the traditional authority and residents to assure them of their safety on Monday.

More bodies could be found

That same day, the leader of the youth group leading the search team feared there could be more buried dead bodies in the bush where one body was retrieved on Sunday.

Suphan Iddrisu on Sunday led a search team that discovered the mutilated body of one of the murdered private security men.

Speaking on Top Story, Monday, he noted that during their search in the bushes, they found some other body parts which they suspect could be the body parts of another person.

“Yesterday’s incident started the same way, we went inside the bush and we were able to find traces that end up leading us to where they buried one of the men.

Meanwhile, the Police have already arrested one person believed to be the prime suspect behind the Wa murder case.

Suspect Kankani Adongo was arrested on September 19, at Bamahu, a suburb of Wa after extensive collaboration between the Police and community search parties.

The suspect is in custody and will be arraigned before the court to face justice.

The Ghana Police Service has announced a reward of ¢100,000 for persons who can volunteer credible information that will lead to the arrest and prosecution of perpetrators behind the recent killings.

DISCLAIMER: The Views, Comments, Opinions, Contributions and Statements made by Readers and Contributors on this platform do not necessarily represent the views or policy of Multimedia Group Limited.
Tags:
Bodies
Police
Private parts