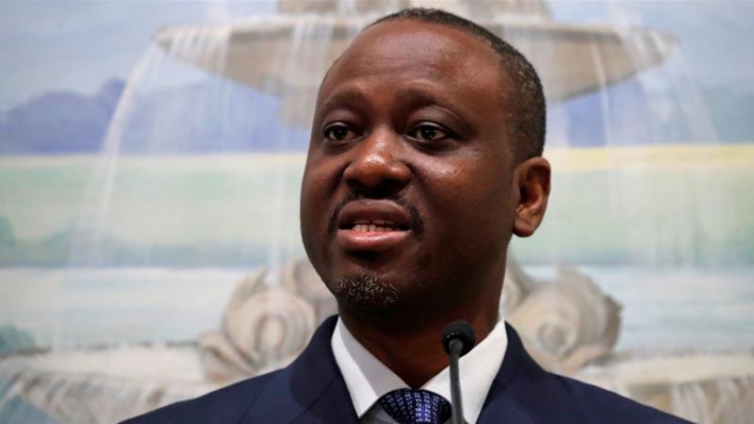 Former rebel leader Guillaume Soro has warned that Ivory Coast is teetering on the edge after a court invalidated his candidacy amid rising tensions over incumbent President Alassane Ouattara’s contested bid for re-election next month.

Ivory Coast’s top court this week rejected 40 presidential candidates, leaving only four in contention in the highly anticipated October 31 election. The Constitutional Court validated Ouattara’s candidacy bid but sidelined both Soro and former President Laurent Gbagbo on the grounds that they had been handed jail terms in absentia.

On Thursday, Soro defiantly declared he would remain a candidate in the polls even as he lashed out against what he called a scheme to enshrine the 78-year-old Ouattara as president.

“My candidacy is firm, unchangeable and irrevocable,” Soro told journalists in Paris.

He said his country had been driven to “the brink” by Ouattara’s decision to seek a third term in office, which, if successful, would amount to a “coup d’etat”, according to him.

Ouattara had said in March that he would not seek a third term but made a U-turn when his preferred successor, Prime Minister Amadou Gon Coulibaly, died of a heart attack in July.

The argument behind his bid rests on a change to the constitution in 2016. Supporters say the modified charter has reset the two-term limits to zero, allowing Ouattara to run again. The opposition rejects this.

Violent protests against Ouattara’s candidacy killed about 15 people last month and demonstrations broke out in several cities this week including in Bonoua despite a ban on rallies.

The increasing political tensions in the world’s top cocoa-producing country have revived traumatic memories of a months-long civil war that erupted after elections in 2010, claiming more than 3,000 lives.

Soro’s help during that divisive conflict enabled Ouattara, who had claimed electoral victory over former Gbagbo, to come to power.

The 48-year-old served as prime minister from 2007 to 2012 and then as speaker of parliament for seven years before falling out with the president and heading for France, the former colonial power.

Soro said the October 31 election “does not make any sense” as it was designed to “endorse the institutional state coup d’etat of Alassane Ouattara”.

He urged the public to unite against Ouattara and for opposition leaders to press the Economic Community of West African States regional bloc ECOWAS to secure “transparent elections”.

Meanwhile, Gbagbo supporters on Wednesday called for mass protests to “block … the dictatorship of Ouattara.”

The appeal was made by a coalition called Together for Democracy and Sovereignty (EDS), which includes the Ivorian Popular Front party founded by Gbagbo and his influential wife, Simone.

It came a day after the government extended a ban on demonstrations, introduced in August, until September 30.

Gbagbo was freed conditionally by the International Criminal Court (ICC) in The Hague after he was cleared in January 2019 of crimes against humanity.

He is living in Brussels pending the outcome of an appeal against the ICC ruling.

On Tuesday, the African Court, a pan-African tribunal on human rights, called on the Ivorian authorities to allow Soro to contest the vote.

Its ruling will have a negligible effect, as Ivory Coast in April withdrew its recognition of the court’s jurisdiction.