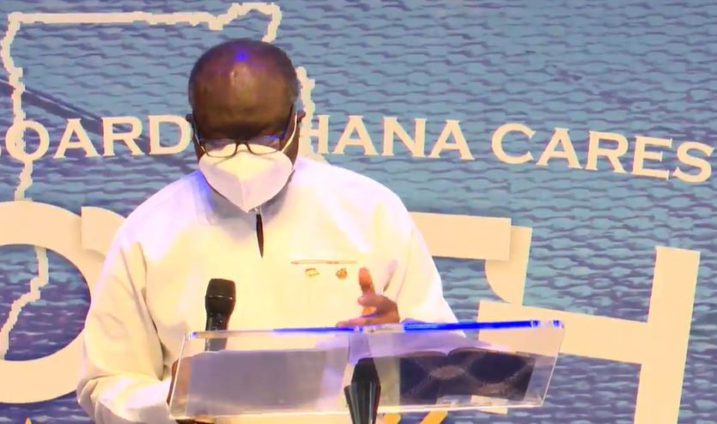 Finance Minister Ken Ofori-Atta has charged Ghanaian to take charge of their future through entrepreneurship.

He stated that the future economy of the country should not be reliant on government sector employment as it is now.

He explained that the government through various initiatives including the one district one factory, planting for food, and jobs among others is seeking to facilitate the transformation of Ghana from a socialist state to an entrepreneurial nation.

“So what we’re saying is how do we create Ghana as an entrepreneurial state and what do we do to further consolidate the skills you have with appropriate skills, technology, and financing so that you look at your skillset and translate it to jobs you like.

“Because the future is not about jobs hiring a thousand but about you all creating your jobs and hiring two, three, or four others,” he said.

This he says is necessary to eliminate the overreliance on state institutions for employment opportunities, a situation he describes as unsustainable.

“Let’s have a change in mindset, let’s recreate Ghana into an entrepreneurial state and not a socialist state, and let’s see how we leverage off of your deep skills,” he told attendees at the Springboard-Ghana Cares Youth Dialogue held at the University of Professional Studies, Accra.

He stressed that the current most prominent issue facing African governments, Ghana included, is youth unemployment.

Mr. Ofori-Atta noted that the inadequacy of infrastructure to facilitate the growth of small and medium enterprises is largely lacking.

He said the government is working aggressively to bridge that gap.

However, “I think the most debilitating part of it is our own sense of disempowerment and what I call poverty of the mind in terms of just not feeling strong enough and confident enough to be able to go out there and try things.

“And businesses do fail. But until you try and try you will not break through what you have to do,” he said.