Parliament to consider Minority's request for IGP to be summoned - MyJoyOnline.com

Parliament to consider Minority’s request for IGP to be summoned 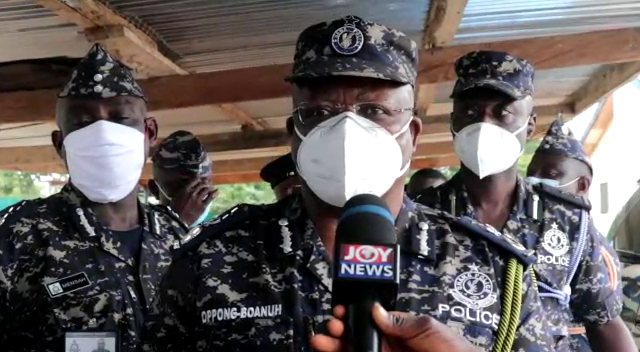 Parliament says it will consider the request by the Minority to summon the Inspector-General of Police, James Oppong-Boanuh answer questions on cases of violence during and after the just-ended elections.

This comes after the Member of Parliament for North Tongu, Samuel Okudzeto Ablakwa made the request on the floor.

According to him, prior to the elections, the IGP had been cautioned by the Minority that as the Head of the National Election Security Task Force, he would be held accountable should things go awry during the elections.

Following the killings and injuries sustained by individuals in various constituencies, the MP believes Mr Oppong Boanuh needs to be queried.

“We will want the leader of the taskforce, to appear before us to answer questions on matters to deal with security and lives that have been lost and the security challenges that we have faced.

“It is a very important matter. So we recommend that before, Tuesday or when we reconvene on January 4, we need to create some window for the IGP and members on the taskforce to appear before the House,” he said.

The Majority leader and Minister for Parliamentary Affairs, Osei Kyei Mensah-Bonsu said the request will be considered by leadership.

On Thursday, the Minority Spokesperson on Defence and Interior, James Agalga called for the immediate dismissal of Inspector-General of Police James Oppong Boanuh over election-related deaths.

He noted that the failure of James Oppong Boanuh to ensure the safety and security of the Ghanaian citizens warrants either a resignation or a dismissal.