Parliament willing to cooperate with you – Speaker tells media 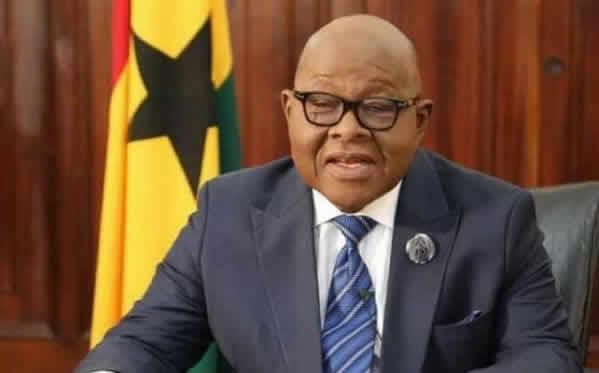 The Speaker of Parliament, Mike Oquaye says the House is prepared to work with the media in the discharge of its duties.

Prof Oquaye, however, said media personnel should be prepared to conduct themselves in accordance with laid down rules and procedures of the House if this partnership is to work.

Speaking at the launch of the Graphic Communication Group’s 70th Anniversary celebration in Accra, he said, “In Parliament, we are in cohesion and are willing to cooperate with the media and give every opportunity to report without having the temptation of censuring anything.”

His comments come after he was sternly criticised for threatening to withdraw the accreditation of the Parliamentary press corps last month.

The warning which was later described as a “friendly advise” by the Majority Leader, Osei Kyei-Mensah-Bonsu was issued after he (Majority Leader) drew the Speaker’s attention to an incident in the House during the debate on President Akufo-Addo’s State of the Nation Address (SONA).

Mr Kyei-Mensah-Bonsu informed the Speaker that the media had withdrawn from the coverage of proceedings in the House to cover a press conference by a Minority member.

Speaking to the issue, Prof Oquaye told the media to place proceedings in the House above any other and reminded them that they were guests in the House who had been permitted and accredited by him and therefore any deviance act from them in the discharge of their responsibility could lead to having their accreditation withdrawn.

Many media practitioners saw the Speaker’s comments as an attempt to gag the media.

Both the Majority and Minority Leaders of the House have defended the Speaker’s comments. Prof Oquaye subsequently came out to assure the pressmen of his commitment to press freedom.

He said Parliament would do everything to develop and strengthen the capacity of members of the Parliamentary Press Corps to enable them to perform their duties professionally.

“Nevertheless, we expect that as a House you will give us also the appropriate decorum.

“I believe with all my heart that that is not too much to ask,” he said.

DISCLAIMER: The Views, Comments, Opinions, Contributions and Statements made by Readers and Contributors on this platform do not necessarily represent the views or policy of Multimedia Group Limited.
Tags:
Media
Parliament
Press Freedom
Prof Mike Oquaye