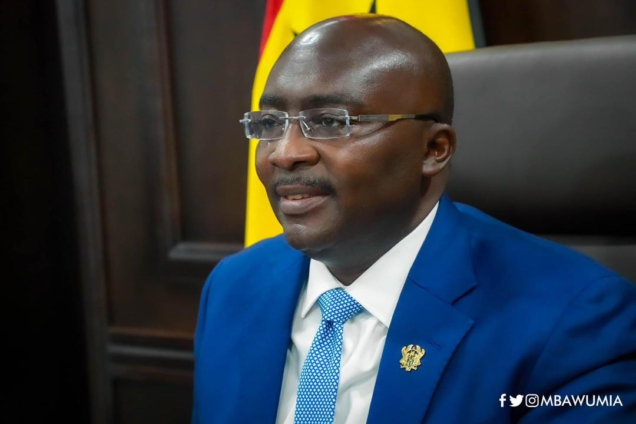 The Executive Director of the Media Foundation for West Africa, Sulemana Braimah has said that some people within the close circles of the Vice President, Dr. Mahamadu Bawumia, consider him a miser.

This according to reports, has earned him the nickname “good to see you.”

As a result, Mr. Braimah said he trusts the Vice President when it comes to integrity.

“In fact, I have had several occasions of interacting with persons within the NPP who have said that one of the biggest challenges for the Vice President in terms of this presidential or flagbearership ambition would be the opinion people have of him that he is quite stingy, he doesn’t give, contractors approach him on the basis of certain terms and the Vice President would not agree,” he said.

Speaking in an interview on JoyNews’ Newsfile on Saturday, Mr. Braimah stated that due to the “stingy” opinion people hold of him, “it is legitimate for people to often say we wonder where he is going to get his money for the flagbearership campaign.”

Therefore, he is not surprised that the former Minister of State for the Finance Ministry, Charles Adu Boahen mentioned the Vice President in relation to elections when he engaged the supposed investors in the recent expose by Anas Aremeyaw Anas.

It would be recalled that the dismissed Minister of State, Adu Boahen was alleged to have said in the under-cover expose, that Vice President Bawumia needed $200,000 as an appearance fee to meet prospective investors. This amount, according to him, would have been used by Dr. Bawumia for electoral campaign during the 2020 elections.

“He’s not really, he’s not really (like) that. All he needs is to worry about his campaign money in 2020,” Charles Adu Boahen is heard saying in the video recording.

But Dr. Bawumia took to his Facebook page to deny the accusations and called for the Minister to be sacked and investigated by the Special Prosecutor.

According to him, his “cherished asset” is his integrity and he will not allow that to be tarnished.

Meanwhile, Executive Director of Media Foundation for West Africa (MFWA), Sulemana Braimah has said he is not surprised by the alleged influence peddling in the latest Anas exposé, ‘Galamsey Economy’.

This act of influence peddling, Mr. Braimah said is prevalent in the country because some acquaintances of Ministers and state officials have been engaging in such acts.

“You can imagine what people will do when they are close to the Minister, the Vice-President and the President, and so for me, as I said, it is a test of character. But the fact that people will continue to drag the name of the Vice President or the President as a way of peddling influence is for me something that is not surprising,” he said.

DISCLAIMER: The Views, Comments, Opinions, Contributions and Statements made by Readers and Contributors on this platform do not necessarily represent the views or policy of Multimedia Group Limited.
Tags:
Dr Mahamudu Bawumia
stingy
Sulemana Braimah