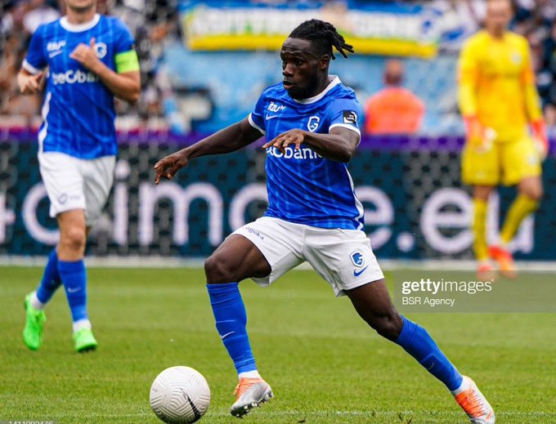 Ghanaian players plying their football trade abroad created some good impressions on the opening weekend of some of Europe’s top leagues while others continued their great start to the 2022/23 season.

The English Premier League, Bundesliga and the French Ligue 1 all got underway over the weekend for the new season.

Here’s a wrap of the performances of some Ghanaian players for their respective teams over the weekend.

Thomas Partey lasted the whole duration on Friday in the opening game of the Premier League as Arsenal beat Crystal Palace to record their first victory of the new season.

Jordan Ayew and Jeffrey Schlupp played 90 and 86 minutes respectively for Palace, who ended up on the losing side at home.

Mohammed Salisu had an opener to forget on Saturday as he scored an own goal in Southampton’s heavy loss to Tottenham Hotspur away from home.

The Ghanaian defender struck the ball into his net in an attempt to clear a shot on target from Spurs.

Daniel Amartey started as the left centre-back in a three-man defence on Sunday during Leicester City’s 2-2 draw with Brentford at the King Power Stadium. The Black Stars defender played all minutes available in the game.

In Brighton & Hove Albion’s 2-1 win over Manchester United on Sunday, Tariq Lamptey came on as a substitute for the last 15 minutes of the game.

The soon-to-debut Black Stars defender helped his side secure a vital win over the Red Devils.

Daniel-Kofi Kyereh made his German Bundesliga debut on Saturday as Freiburg thumped Augsburg with a 4-0 scoreline in their opening league game.

Kyereh was introduced into the game in the 76th minute of the game.

Emmanuel Gyasi assisted M’Bala Nzola during Spezia’s 5-1 drubbing of Como in the Italian Cup over the weekend.

The Black Stars player was on the pitch for 84 minutes and wore the captain’s armband.

Alexander Djiku was in action for Strasbourg on the opening weekend of the French league as they suffered a 1-2 loss to AS Monaco at home. The defender played 90 minutes in the game.

In Paris Saint-Germain’s emphatic victory on Saturday against Clermont Foot, Alidu Seidu played as the right-back and ended up on the losing side.

Kamaldeen Sulemana made a cameo appearance for Stade Rennais, who suffered a 0-1 defeat to Lorient in their opening game of the 2022/23 season.

Black Stars right-back, Denis Odoi, featured for Club Brugge on Friday as they were held to a 1-1 draw by Zulte Waregem.

Joseph Paintsil was twice on the scoresheet for Genk in their 4-2 win over Eupen on Saturday. The winger scored in the third and ninth minute respectively.

In other games, Jojo Wollacott kept his first clean sheet of the season as Charlton Athletic recorded a 1-0 win over Derby County.

Andy Yiadom was in action for Reading in the English Championship as they managed a 2-1 win over Cardiff City.

Benjamin Tetteh made his first league start of the season for Hull City as they played out a 0-0 stalemate with Preston North End.