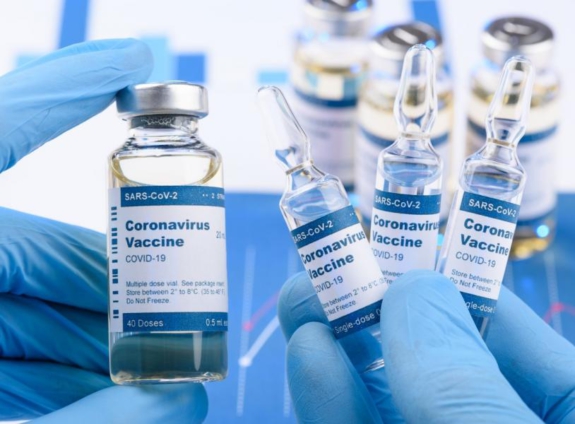 Pfizer’s updated results for its experimental treatment for Covid-19 showed it cut the risk of hospitalization or death by 89% if given to high-risk adults within a few days of their first symptoms, the company announced in a news release Tuesday.

Pfizer hopes it can eventually offer the pills, under the name Paxlovid, for people to take at home before they get sick enough to go to the hospital. Paxlovid combines a new antiviral drug named nirmatrelvir and an older one called ritonavir.

After a month of follow-up, the study found five hospitalizations and no deaths among 697 people who received the drug within the first three days of symptoms. Among 682 who received placebo, 44 were hospitalized, including 9 who died. All of the adults in this study were unvaccinated.

If given within the first five days of symptoms, the efficacy was similar: 88%. These results hold up against a similar announcement from the company last month, when not all the data had come in yet.

The research also showed “an approximate 10-fold decrease in viral load at Day 5, relative to placebo,” the statement said.

“This underscores the treatment candidate’s potential to save the lives of patients around the world, whether they have been vaccinated or not,” Pfizer CEO Dr. Albert Bourla said in a statement Tuesday.

“Emerging variants of concern, like Omicron, have exacerbated the need for accessible treatment options for those who contract the virus, and we are confident that, if authorized or approved, this potential treatment could be a critical tool to help quell the pandemic.”

The company says it expects the drug to retain activity against variants like Omicron – and it appears to do so in lab tests – because the drug blocks an enzyme involved in viral replication. This is different from the spike protein on the virus’ surface, whose numerous mutations have escalated the global concern around the variant.

Pfizer announced it has shared this latest data with the US Food and Drug Administration as part of its ongoing application for emergency use authorization.

“Full study data are expected to be released later this month and submitted to a peer-reviewed publication,” Pfizer’s statement added. No date has been set by the FDA advisory committee expected to weigh in on the treatment.

According to the company, a separate, ongoing study also found Paxlovid may cut hospitalizations when given to adults who aren’t at high risk – which includes a mix of unvaccinated adults and vaccinated people with at least one risk factor for severe illness.

The latest data show 10 hospitalizations in the placebo group, versus three among those receiving Paxlovid, each group including nearly 430 people.

However, the study was primarily designed to look at the drug’s ability to improve all symptoms for four days straight – an endpoint the drug didn’t meet when compared to the placebo group. No deaths have occurred in that study.

Between 20 and 25% of the treatment and placebo groups in each study experienced adverse events, the majority of which were mild. In the study of high-risk adults, people who received the drug were less likely to have a serious adverse event or stop taking the drug for those reasons.

A month ago, the Biden Administration announced it would purchase 10 million treatment courses for $5.295 billion. If authorized by the FDA, the first courses could be delivered by the end of the year, it said at the time. A five-day course of Paxlovid comprises three pills given twice a day.

Paxlovid is the not the only antiviral pill in the pipeline for FDA authorization. Merck’s drug, molnupiravir, was narrowly recommended by FDA’s advisers in a 13-10 vote at the end of November after data showed it cut the risk of hospitalization or death by 30% among high-risk adults.

This was lower than an earlier analysis suggesting that number could be around 50%. The FDA has not announced whether it will authorize the treatment.

Remdesivir, sold under the brand name Veklury, is the only antiviral approved by FDA for treatment of Covid-19. It’s given intravenously, not as a pill that can be taken at home.