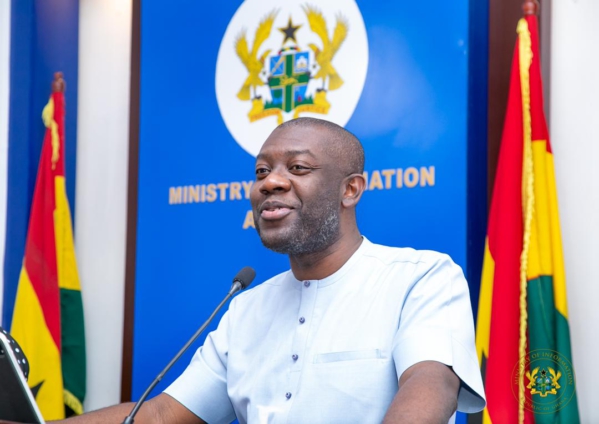 The Ministry of Information held a press briefing to address the issue of individuals appointed as Metropolitan, Municipal, and District Chief Executives (MMDCEs) for President Akufo-Addo’s second term.

This comes after Director of Communications at the Presidency, Eugene Arhin noted that the said list will be submitted to Mr Dan Botwe and subsequently, released to the public.