Rainbow Six Siege players have complained about proposed changes to the game before its wide release in Asia.

Ubisoft said it had altered artwork in some "maps and icons" to ensure the game complied with local regulations.

The alterations tone down or remove blood spatters, gambling machines and some sexual images in many of the game's locations.

It said the changes were "aesthetic" only and would not affect gameplay. 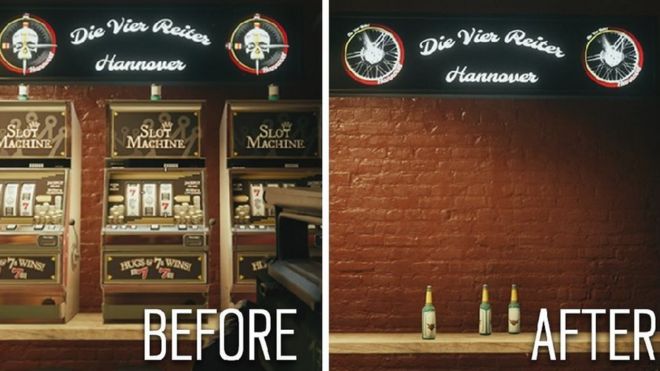 Photo:In some scenes, images of gambling have been entirely removed

Wide-ranging Chinese state rules on what video games can depict are believed to be behind the need to modify Rainbow Six.

The revamp would mean Rainbow Six had a "single, global version" so it would be easier to maintain and introduce new features, said Ubisoft.

It illustrated its blogpost with images showing what some scenes and icons would look like in the new version.

The illustrations depict skulls and knives being swapped for more anodyne images and some elements, such as slot machines, being removed entirely.

The modified images and maps will be introduced with the Year 3, Season 4 release of the game due in late 2018. 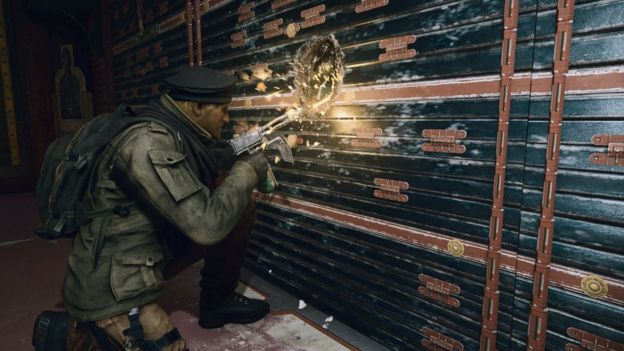 Thousands of players voiced their anger about the alterations on the Rainbow 6 forum on social news site Reddit.

Many called on Ubisoft to maintain separate builds of the game so long-term fans could play the version they knew and recognised.

Some suggested Ubisoft was also being inconsistent in picking what was being remade – some indicators of gambling had gone, while others, such as loot boxes, remained.

While many disliked the altered scenes, others said it was the reason that Ubisoft had made them that was more upsetting.

For this group of gamers, Ubisoft's decision to conform to the standards demanded by a "communist regime" was unacceptable.

Ubisoft responded to the Reddit chat when a community manager joined the discussion and answered some questions.

However, this intervention only confused players more as the manager implied that the single version of the game would use "region-locked" servers that kept different nationalities apart.

Many pointed out that this should make it easier for Ubisoft to maintain separate versions for each group.

Ubisoft's announcement comes soon after Tencent, with which it is partnering for the Rainbow Six launch, revealed it would take steps to verify the ages and identities of every person playing games it offers.

The move is intended to catch under-age players who, under Chinese law, are subject to restrictions on how long they can play.