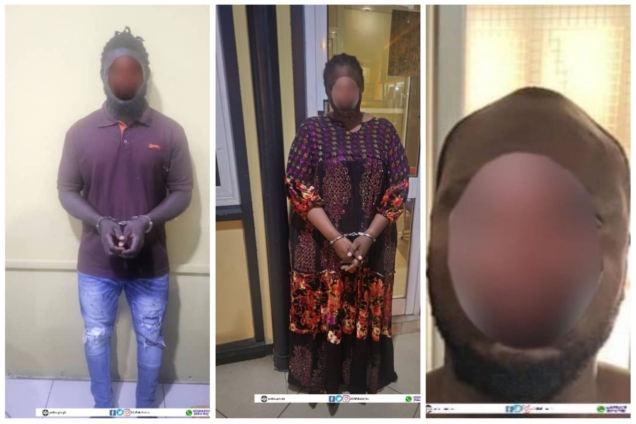 According to the police, others are still being pursued to face justice.

The suspects and their accomplices were involved in different offences including assault on a Police officer, spraying pepper from a device onto some persons at the centre and engaging in a fight resulting in injuries to one of the perpetrators.

Suspects Yahya Shaibu Tia, Fati Ibrahim and Husein Yakubu alias Jarlune are in custody assisting investigation while efforts are underway to get their accomplices arrested to face justice.

Some persons believed to be NDC thugs on Sunday clashed with police at the Regional Delegates Conference in the Ashanti Region.

The heavily built men who did not have accreditation were prevented from entering the Kumasi Sports Stadium where the elections were being held.

The young men, numbering about 30, were angered by a warning shot from the police in an attempt to disperse the crowd.

This resulted in a free-for-all fight between them and the police.

They pelted the police with stones while the police also resorted to the use of the butts of their rifles.

In the end, the police had to leave the main entrance to restore calm.

DISCLAIMER: The Views, Comments, Opinions, Contributions and Statements made by Readers and Contributors on this platform do not necessarily represent the views or policy of Multimedia Group Limited.
Tags:
Ashanti Region
NDC
Police arrests