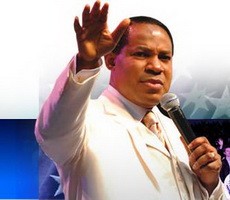 The Greater Accra Regional Police Command will be closing some major roads in Accra to traffic temporarily on Friday February 5 ahead of the ‘Night of Bliss’ crusade at the Blackstar Square.

The mammoth crusade being organized by renowned Founder of Christ Embassy, Pastor Chris Oyakilome, who arrived in Accra on Wednesday.

The roads which will be closed from midday include: 28th February road at the CEPS Headquarters traffic light, Starlets ‘91’ road, at the Ministries traffic light, Castle Road, at AU Circle towards the State House, Starlet ‘91’ road from Osu Cemetery traffic light to the Black Star square and Labone Junction towards Osu.

Operations Officer at Accra Central Police MTTD ASP Suleman Sule Jnr told Joy News “the expected crowd is such that if we are to allow vehicles to go towards the Blackstar Square, and mingle with the number of people expected to attend this programme, we are likely to have some problem”.

A statement released by the Public Relations office of the Police Command requested motorists to observe the arrangements and plan for alternative routes before embarking on their respective journeys.

It added that Police personnel will be positioned at vantage points to assist with traffic direction and diversions for a successful event.

The police statement also says as part of smooth vehicular movement the following areas have been earmarked as car parks for the event: