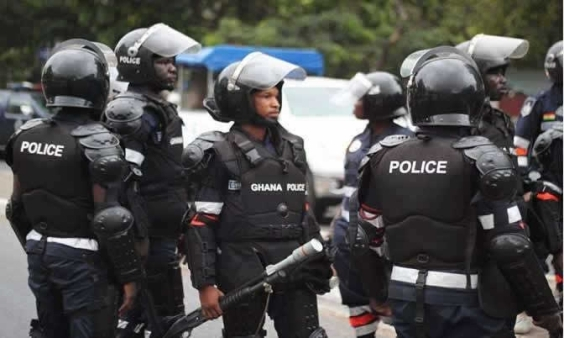 The Regional Commander, DCOP Francis Aboagye Nyarko stated that the two suspected robbers were gunned after they invaded the Takpo community with four others and forcibly took unspecified amounts of money from the people.

Joy News Upper West correspondent, Rafiq Salam reports that an accomplice of the suspected robbers was also arrested in the process and is assisting the police in their investigation.

According to DCOP Aboagye Nyarko, they had a distress call from the assemblyman of the Takpo electoral area about the community being invaded by six suspected armed robbers.

The Nadowli police joined by the rapid deployment force (RDF) from the regional headquarters quickly moved to the scene of the incident.

DCOP Aboagye Nyarko stated that the identity and ages of the two suspected robbers gunned down by the police are not known but their initial investigation showed that they were of Fulani extraction.

Three motorbikes, two live and 11 used ammunition of AK 47 rifle were retrieved from the suspected robbers.

The Upper West Region’s police commander thanked the people of Takpo and other adjourning committees for their support yesterday and further urged them to continue to give them information that could lead to the arrest of the 3suspects who are at large.