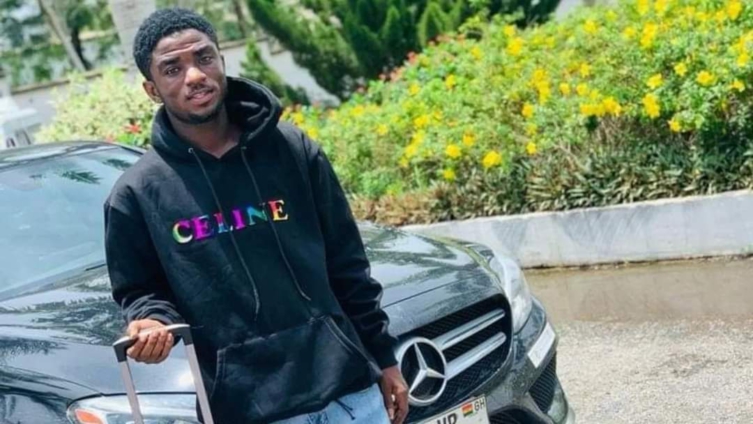 The Suntreso Police in the Ashanti Region have stepped up investigations into the killing of a student of the Oyoko School of Dispensing Optics by unknown gunmen at Sofoline in Kumasi on July 19, 2022.

Kwabena Asumadu, 23, was shot multiple times in the neck and head through the driver’s window of his unregistered Mercedes Benz car.

His lifeless body was found at the crime scene moments after the attack by the Suntreso Police at about 11:50pm.

But the assailants had fled the scene.

Police sources say the Level 100 student was allegedly returning from his native Offinso town after dropping off a female friend when he was attacked.

Information on what led to the murder remains scanty.

The Police have been following up on positive leads that could lead to the arrest of the suspected killers.

The investigations appear to have been boosted by CCTV footage accessible to the Police Intelligence Unit.

The sources say the footage could prove decisive in the pursuit of the criminals suspected to have used pump action assault rifle in their operations.

The body of the deceased has since been deposited at the Komfo Anokye Teaching Hospital’s morgue pending autopsy.

DISCLAIMER: The Views, Comments, Opinions, Contributions and Statements made by Readers and Contributors on this platform do not necessarily represent the views or policy of Multimedia Group Limited.
Tags:
CCTV footage
Investigations
Student of Oyoko School of Dispensing Optics
Suntreso police