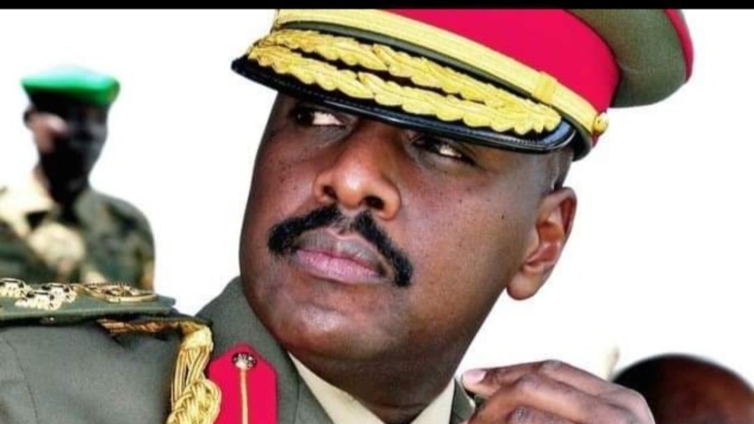 The Ugandan president’s son, Muhoozi Kainerugaba, has been dropped from his position as the commander of the country’s land forces.

He was however promoted to the rank of a full general, the highest rank in the army. He remains as presidential advisor on special operations.

It is not clear if this decision has anything to do with his controversial tweets over the last two days.

Gen Kainerugaba had previously been commander of the special forces which are in charge of guarding President Yoweri Museveni.

Gen Kayanja Muhanga, who has led Ugandan army missions in Somalia and is currently leading the contingent fighting the Allied Democratic Front (ADF) rebels in the Democratic Republic of Congo, will take over as the commander of land forces.

On Monday, Gen Kainerugaba tweeted that it would take him and his army just two weeks to take over Kenya’s capital Nairobi.

But on Tuesday morning, he said that he had spoken to his father, President Museveni, and acknowledged that his tweets had caused a stir in Kenya. He added that the president would “announce changes”, although he did not make this clear if he was referring to a reshuffle in the army.

The Ugandan government has distanced itself from the social media debate sparked by the series of tweets from the president’s son.

DISCLAIMER: The Views, Comments, Opinions, Contributions and Statements made by Readers and Contributors on this platform do not necessarily represent the views or policy of Multimedia Group Limited.
Tags:
Muhoozi Kainerugaba
Uganda